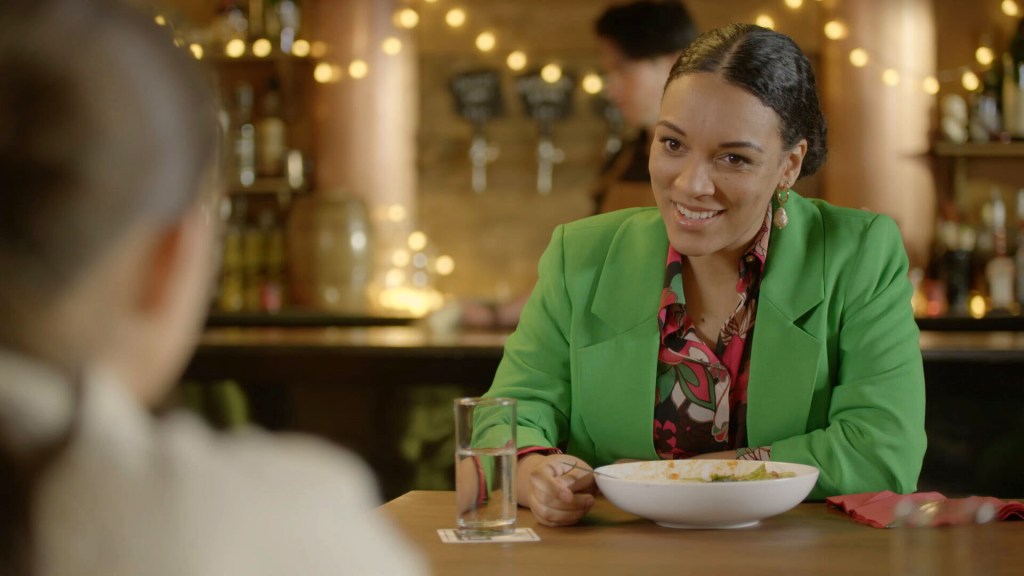 Just what is Princess up to? (Picture: BBC)

This time the target of her plans is Scarlett (Kia Pegg), the new young receptionist. After talking to Bear (Dex Lee), Scarlett is disappointed to hear that after a rocky start, she is still on probation.

In a bid to secure her position, she asks Valerie (Sarah Moyle) about the VPAS scheme.

Princess then decides to home in on her inviting to The Icon for a drink attempting to bond over the fact that both are new to their jobs and even suggesting ways in which Scarlett could cheat to make Bear think she’s doing more work than she really is.

But what is Princess really up to?

Meanwhile, Zara (Elisabeth Dermot Walsh) tries to help expectant mother, Hayley (Rachel Caffrey) who is throwing up a lot and is genuinely worried about her pregnancy. Hayley has been dragged into the surgery by Reza (Dann Kharsa) her boss and onetime boyfriend.

Later, Scarlett gets into trouble when patient, Gemma Porter (Abi Strudwicke) arrives at Sutton Vale. It turns out Scarlett and Gemma know each other.

This is fine until Sid diagnoses Gemma with an STI.

Gemma knows that she didn’t catch it off her current boyfriend, Matt (James Mateo-Salt) and is worried Scarlett might tell him that she’s been unfaithful. In fact, Scarlett is a receptionist and so would not have access to this information. But Gemma doesn’t know this and soon puts Scarlett in a threatening position.

Doctors airs these scenes w/c Monday May 16 on BBC One.

Psychic shares what your dreams say about your personality