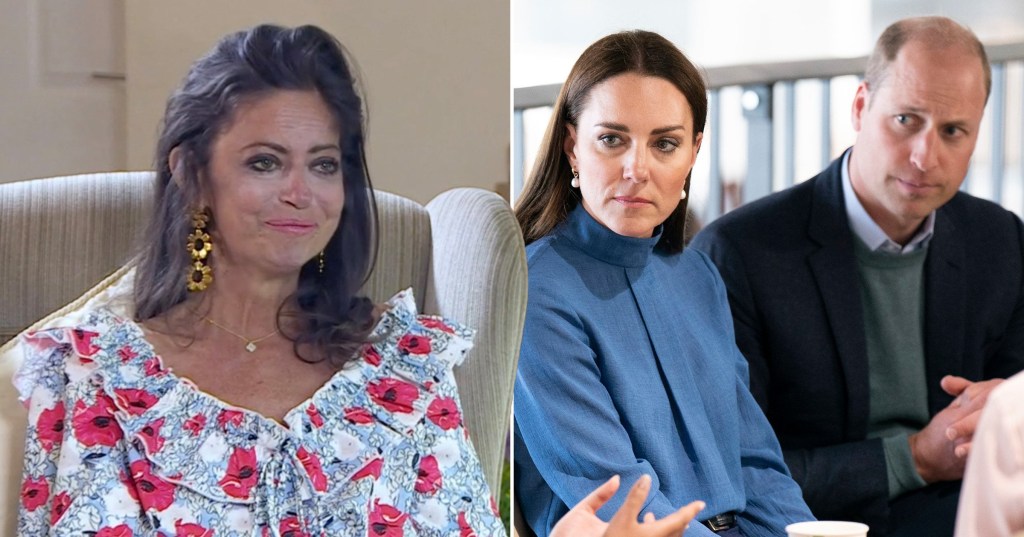 ‘It was such a special day for my whole family,’ Deborah said (Picture: BBC/PA)

Deborah James has expressed her delight to receive a visit in person from Prince William, the Duke of Cambridge, as he awarded her Damehood, as well as stopping by for afternoon tea and champagne.

This week, it was announced that Deborah had been made a Dame after raising millions of pounds for cancer research in her fundraiser, with her latest total surpassing £5million.

The podcaster was diagnosed with bowel cancer in 2016, revealing on Monday that she had moved to end-of-life hospice care after her treatment had been stopped.

In a post shared on social media, the 40-year-old said she was ‘utterly honoured’ to host Prince William at her family house, saying: ‘He joined us for afternoon tea and champagne, where he not only spent a generous amount of time talking to my whole family but also honoured me with my Damehood.’

‘It’s quite surreal having a royal pop in at home, and yes you can imagine the cleaning antics and preparation went off the scale – but it was all irrelevant because William was so kind and he put us all at ease,’ she said.

‘He is clearly passionate about improving oncology outcomes as the President of the Royal Marsden. It was such a special day for my whole family, making memories to last a lifetime. He’s welcome back any time!’

Deborah has received donations from almost a quarter of a million people (Picture: Instagram/Deborah James)

In the first photo in her post, Deborah was captured sitting on a chair outdoors as Prince William crouched next to her, the podcast host wearing her Damehood honour pinned on her chest.

In another picture, she and the royal were surrounded by her family, while one image showed her displaying her Damehood proudly to the camera.

During Prince William’s visit, he was photographed sitting at the table outside with Deborah and her family, as her husband made a toast with a glass of champagne.

Deborah beamed from ear to ear as she had a selfie taken with the Duke, with the final photo showing him listening to her intently as she spoke to the group.

On Friday, she said she was ‘lost for words’ as her fundraiser reached £5m.

‘Thanks to an incredibly generous donation earlier today, and to every single person who’s donated to the @bowelbabefund, we’ve just reached the unbelievable total of £5m. We’re completely lost for words,’ the caption on social media read.

‘This is all just beyond anything we could have ever imagined. The last 5 days have been surreal. Thank you for putting a huge smile on my face, and helping us to launch a legacy to hopefully impact a lifetime cutting edge cancer care.’

Patrick Kielty ‘punching’ with wife Cat Deeley: ‘The key is to find someone out of your league and convince them they aren’t’