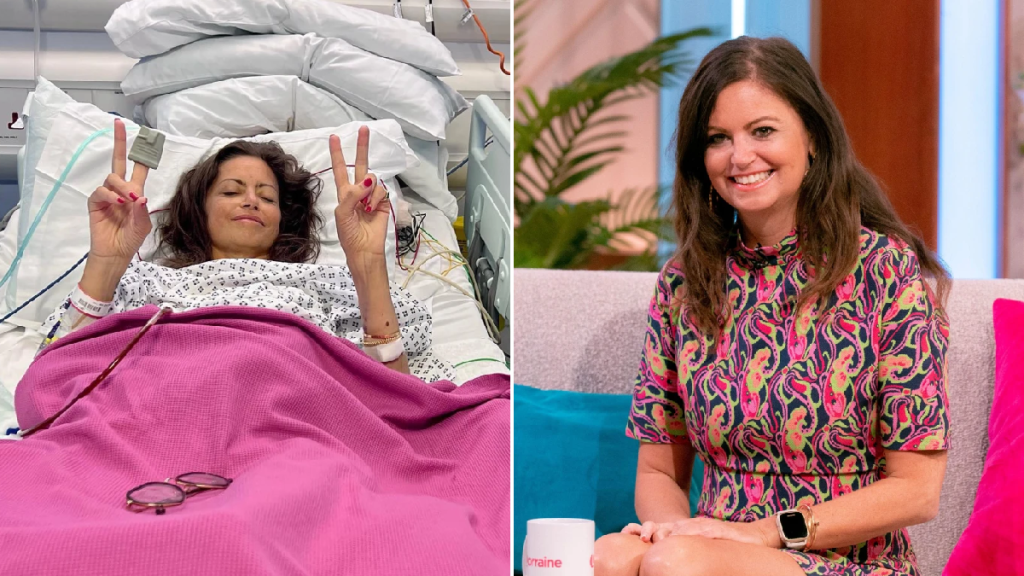 Deborah James admits she is ‘getting more and more sleepy’ after revealing she is receiving end-of-life care at her family’s home.

The 40-year-old author and podcaster was was officially made a dame earlier this week for her inspirational campaigning urging others to keep a lookout for symptoms of bowel cancer following after she was diagnosed with the disease in 2016.

In an emotional Instagram post, she said: ‘I don’t even know where to start with the overwhelming tears getting in the way.

‘I’m humbled and blown away that 5 years of talking about poo can lead to a Dame hood! I feel honoured and shocked that I even got considered.’

The mum-of-two has now raised over £4 million for Cancer Research through her record-breaking Bowelbabe Fund initiative, and she’s delighted with the way people have backed her campaign.

She continued: ‘I can simply only give thanks for the wonderful people in the world and say the most heartfelt thank you for your unconditional support not just now but over the years.’

Simple lunchtime exercises to boost brain power, according to a Pilates instructor