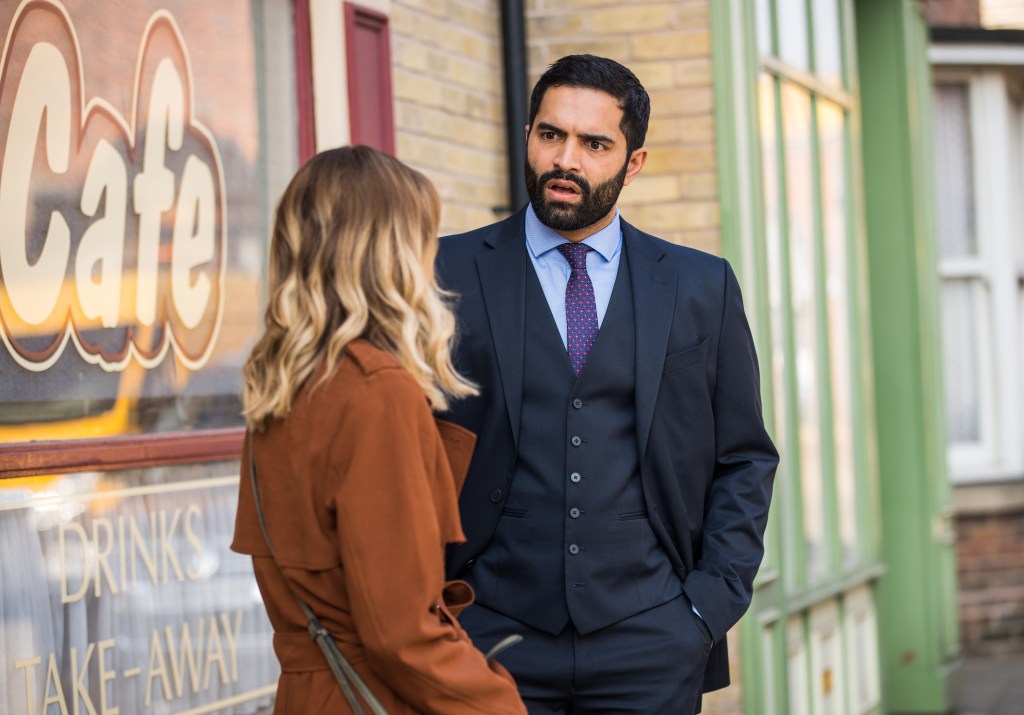 Time is running out (Picture: ITV)

As viewers know, because Imran failed to find evidence Abi (Sally Carman) was back on drugs, he agreed to let Ben lie during the hearing.

Ben told the court he saw Abi giving Dean money for drugs – which was completely false.

Fully aware Imran lied, Abi vowed to find evidence that exposed the truth and tonight – she got a step closer to getting her baby back.

Abi took a video of Ben getting drugs from a dealer, and immediately told him that unless he revealed the truth about Imran, she’d send the footage to his boss and the police.

With his career now on the line, Ben told Abi that he will tell the truth so long as she deletes the video.

The deal was done and later, in front of Adam (Sam Robertson), Imran took a call from Elliot, who suggested he committed perjury and conspired to pervert the course of justice.

With the call being on speaker (awkward!), Imran had no choice but to reveal all to Adam, who furiously reminded him their business could go under because of his actions.

We’re nearing ever closer to Charlie’s exit from the soap, and with the web of lies unravelling, who will end up destroying Imran?

Night Sky: Trailer, release date, and everything we know about the sci-fi TV show