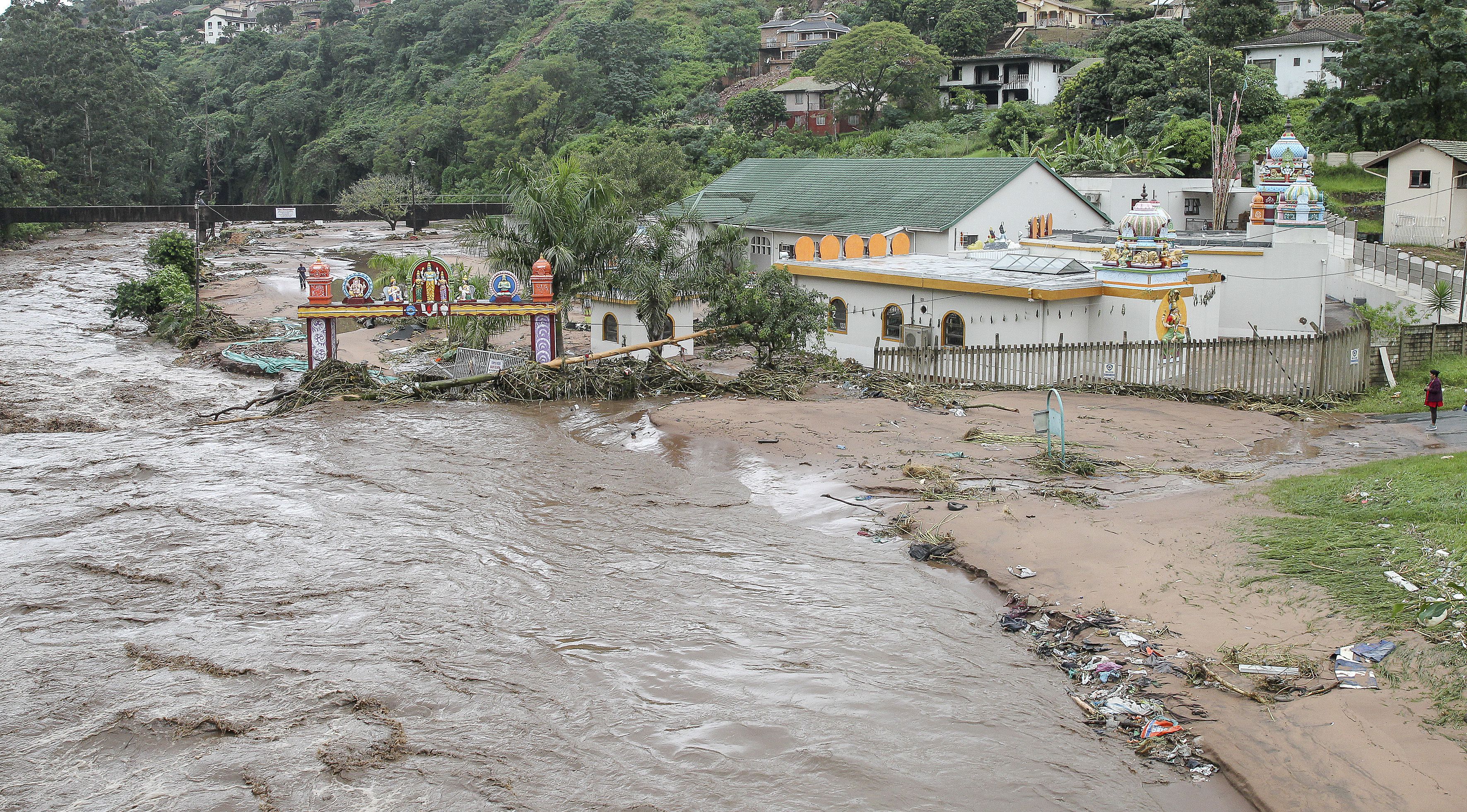 The fatal floods that wreaked havoc in South Africa in mid-April this year have been attributed to human-caused climate change, a rapid analysis published Friday by a team of leading international scientists said.

The study by the World Weather Attribution group analyzed both historical and emerging sets of weather data relating to the catastrophic rainfall last month, which triggered massive landslides in South Africa’s Eastern Cape and Kwa-Zulu Natal provinces, and p and concluded that climate change was a contributing factor to the scale of the damage.

“Human-induced climate change contributed largely to this extreme weather event,” Izidine Pinto, a climate analyst at the University of Cape Town and part of the group that conducted the analysis, said. “We need to drastically reduce greenhouse gas emissions and adapt to a new reality where floods and heatwaves are more intense and damaging.”

The scientists said that extreme rainfall episodes like those in April can now be expected about every twenty years, doubling the number of extreme weather events in the region if human-caused climate change had not been a factor. Rainfall is also expected to be about 4 to 8% heavier, the report said.

The floods resulted in the deaths of more than 400 people and severely affected 40,000 others, with thousands now homeless or living in shelters and property damages estimated at $1.5 billion. The floods also led to the shut down of the Port of Durban for several days, disrupting supply chains.

“The flooding of the Port of Durban, where African minerals and crops are shipped worldwide, is also a reminder that there are no borders for climate impacts. What happens in one place can have substantial consequences elsewhere,” said Friederike Otto, a climate researcher at Imperial College in London, who wasn’t part of the study.

The South African weather service’s Vanetia Phakula said that even though the warning systems that are in place to alleviate the most severe impacts on human life issued an early warning on time, the coordination with disaster management agencies had challenges. The report authors noted that those living in marginalized communities or informal settlements were disproportionately affected by the flooding.

Christopher Jack, the deputy director of the Climate System Analysis group at the University of Cape Town, who participated in the study, says the event exposed and magnified the “structural inequalities and vulnerabilities” in the region.

Earlier this year, as the floods were devastating South Africa, the World Weather Attribution group released another rapid assessment analysis on the intensity of cyclones in southern Africa which concluded that human-caused climate change was also largely to blame.

What do you think of Josh Lambo’s lawsuit against the Jaguars?

Pfizer to spend $11.6B on migraine treatment maker Biohaven

Finland’s leaders in favor of applying for NATO membership