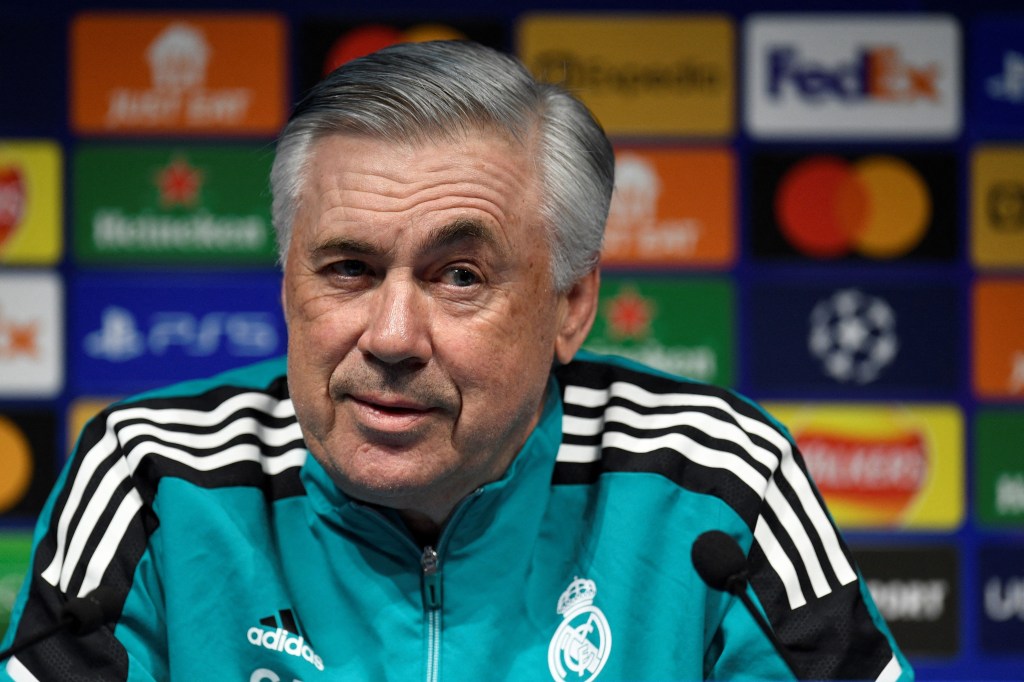 Carlo Ancelotti has masterminded a series of stunning comebacks in the knockout stages with Real Madrid. (Photo by Oli SCARFF / AFP) (Photo by OLI SCARFF/AFP via Getty Images)

Real Madrid manager Carlo Ancelotti has publicly confirmed the tactics his Real Madrid team will use against Liverpool in the UEFA Champions League final, saying that the system will be based on the which which helped his side knock out Manchester City in the semi-finals, with some subtle alterations.

Los Blancos will contest a fifth final in nine seasons when they travel to Paris to face the Reds, who they beat in the final of the 2018 edition of the tournament in Kyiv.

Ancelotti’s side have reached the final by engineering a series of sensational comebacks from losing positions at their Estadio Santiago Bernabeu home, against Paris Saint-Germain, Chelsea, and latterly City.

This will be Liverpool’s third final in five seasons, meanwhile, with the Reds progressing after knocking out Inter Milan and Benfica before surviving a scare away at Villarreal in the second-leg of the semi-final.

In the second-leg of the tie against City, Federico Valverde was employed as a right-winger in a shape which began as a 4-3-3 but became narrow in defensive transitions and saw forwards Vinicius Junior and Karim Benzema take up more central positions in attack to prepare for possible counters.

Now Ancelotti says he will be using a similar system against Liverpool.

‘I think there is no defined system. Sometimes to put pressure on the pivot, as we did against City, you go from 4-3-3 to 4-4-1-1. The idea does not change much, just a little the way of defending the opponent, of putting pressure on them.’

Liverpool have already won the Carabao Cup this season and will contest the FA Cup final against Chelsea on Saturday. They are three points behind Manchester City in the Premier League with two fixtures remaining and an inferior goal difference.

When is Eurovision 2023 and will it take place in Ukraine?