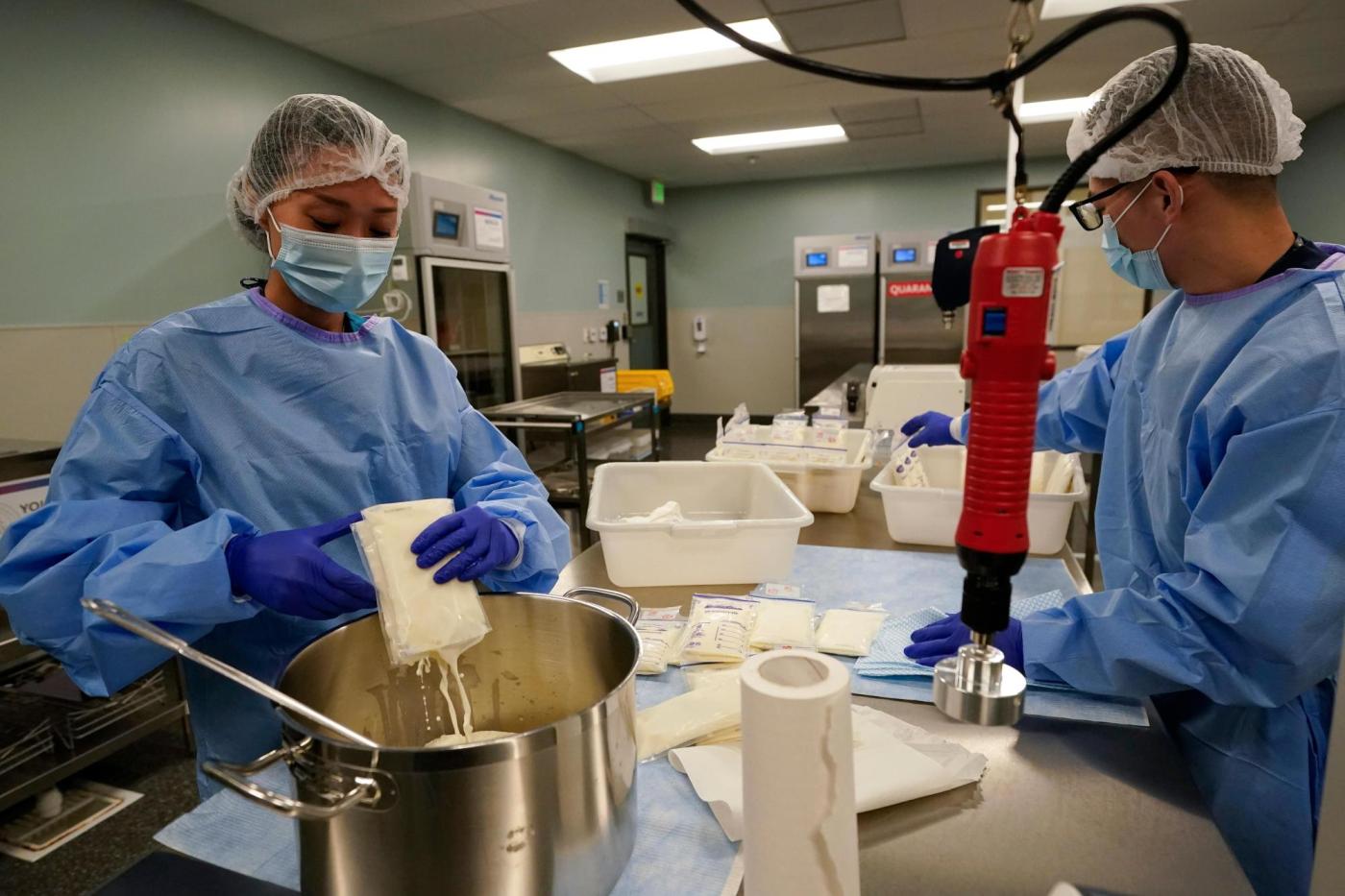 By MIKE CATALINI and PAT EATON-ROBB

The U.S. baby formula shortage has sparked a surge of interest at milk banks around the U.S. with some mothers offering to donate breast milk and desperate parents calling to see if it’s a solution to keep their babies fed.

It’s a pathway that won’t work for every formula-fed baby, especially those with special dietary needs, and it comes with challenges because the country’s dozens of nonprofit milk banks prioritize feeding medically fragile infants. The organizations collect milk from mothers and process it, including through pasteurization, then work with hospitals to distribute it.

The shortage stemmed from a safety recall and supply disruptions and has captured national attention with panicked parents looking to swap and buy formula online and President Joe Biden urging manufacturers to increase production and discussing with retailers how they could restock shelves to meet regional disparities. Biden’s administration also said Friday that formula maker Abbott Laboratories committed to give rebates through August for a food stamp-like program that helps women, infants and children called WIC.

At the Mothers’ Milk Bank Northeast, based in Newton, Massachusetts, interest in donating and receiving milk because of the shortage has spiked. Typically, the milk bank gets about 30-50 calls a month from people looking to donate. On Thursday alone, 35 calls came in from potential donors, said Deborah Youngblood, the bank’s executive director.

“It’s interesting the first sort of response that we got was from potential donors — so people responding to the formula shortage with sort of an amazing, compassionate response of how can I be part of the solution?” she said.

Youngblood was talking about people like Kayla Gillespie, a 38-year-old mother of three from Hays, Kansas. Gillespie first donated to the Mothers’ Milk Bank in Denver six years ago, giving 18 gallons (68 liters) after the birth of her first child, and wasn’t planning to do it again.

“I thought 18 gallons was sufficient for one person,” she said. “If I hadn’t heard of the shortage, I wouldn’t be going through the process again, just because I have three kids and it’s a little chaotic around here.”

She has pledged at least 150 ounces of her milk, but said she expects to give much more than that.

“I’m very blessed with being able to produce milk, so I just felt I needed to do something,” she said.

She said in the past she has shipped her frozen milk in special containers to Denver, but this time, her local hospital is taking the donations and she can just drop them off.

It’s not just donors, though. Parents desperately seeking nutrition for their babies are pursuing milk banks as well.

At the Massachusetts milk bank, about 30 people called looking for milk because they couldn’t find their baby’s usual formula, Youngblood said. That’s up from nearly no calls at all, since the milk bank typically serves hospitals.

The Human Milk Banking Association of North America, an accrediting organization for nonprofit milk banks, is seeing a “major increase” in demand, according to Lindsay Groff, the group’s executive …read more