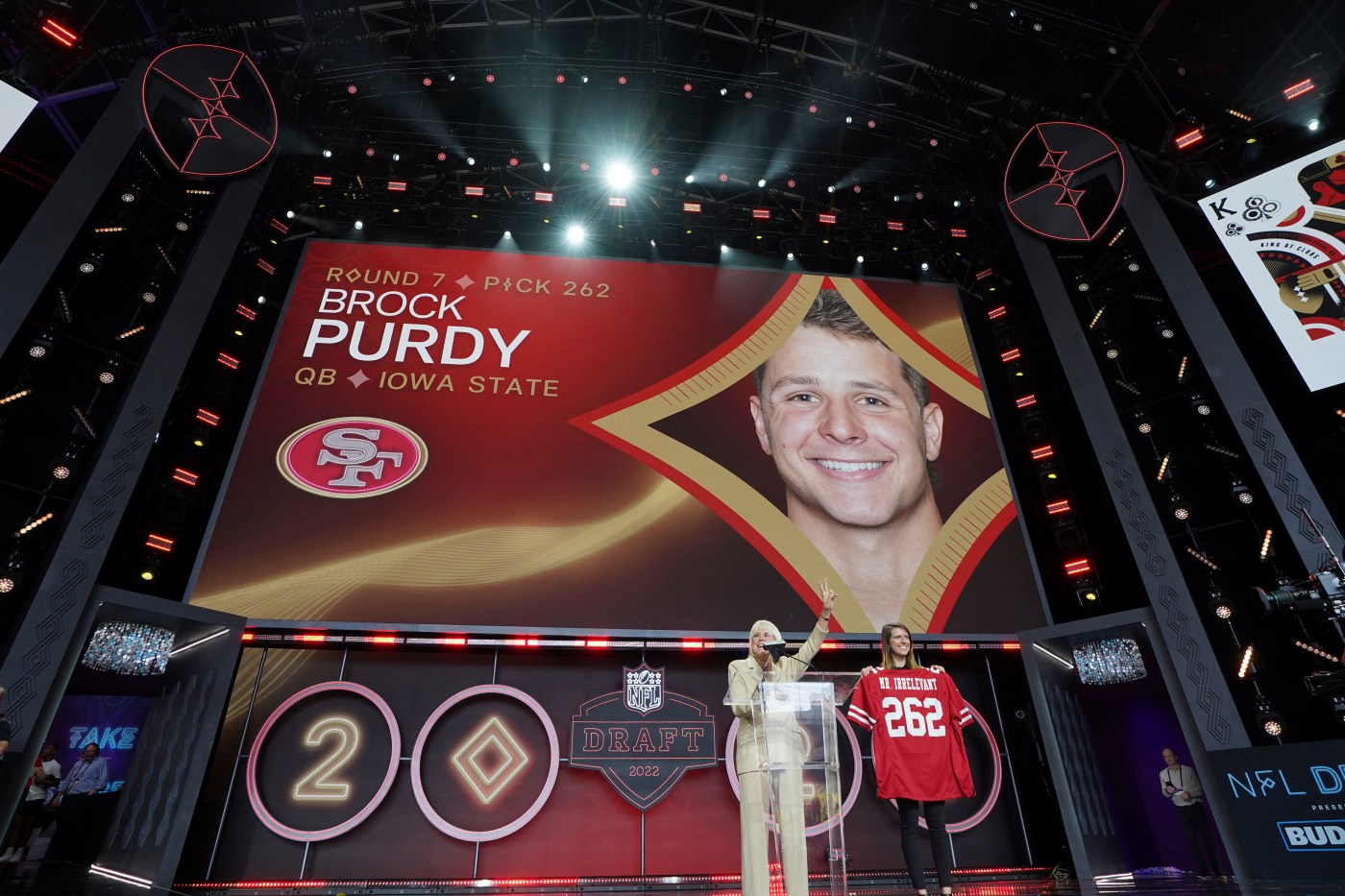 SANTA CLARA — Initial jersey numbers are out for the 49ers’ rookie class. A word of caution: They’re subject to change before the season starts, in case you’re rushing out to buy a replica jersey.

That said, here are their digits as they take the 49ers’ practice fields Friday for the first time in their pro careers (starting with their draft picks):

No. 32: Running back Ty Davis-Price

No. 14 Quarterback Brock Purdy (He was presented jersey No. 262 at the NFL Draft to signify being the last pick and “Mr. Irrelevant.”)

No. 41: Running back Jordan Mason

Trying out at minicamp:

49ers open at Chicago same weekend of Giants-Cubs, then home vs. Seattle

Weeds, gophers and vegetables: What to do in the garden this week

Will the tanking stock market doom President Biden and the Democrats?