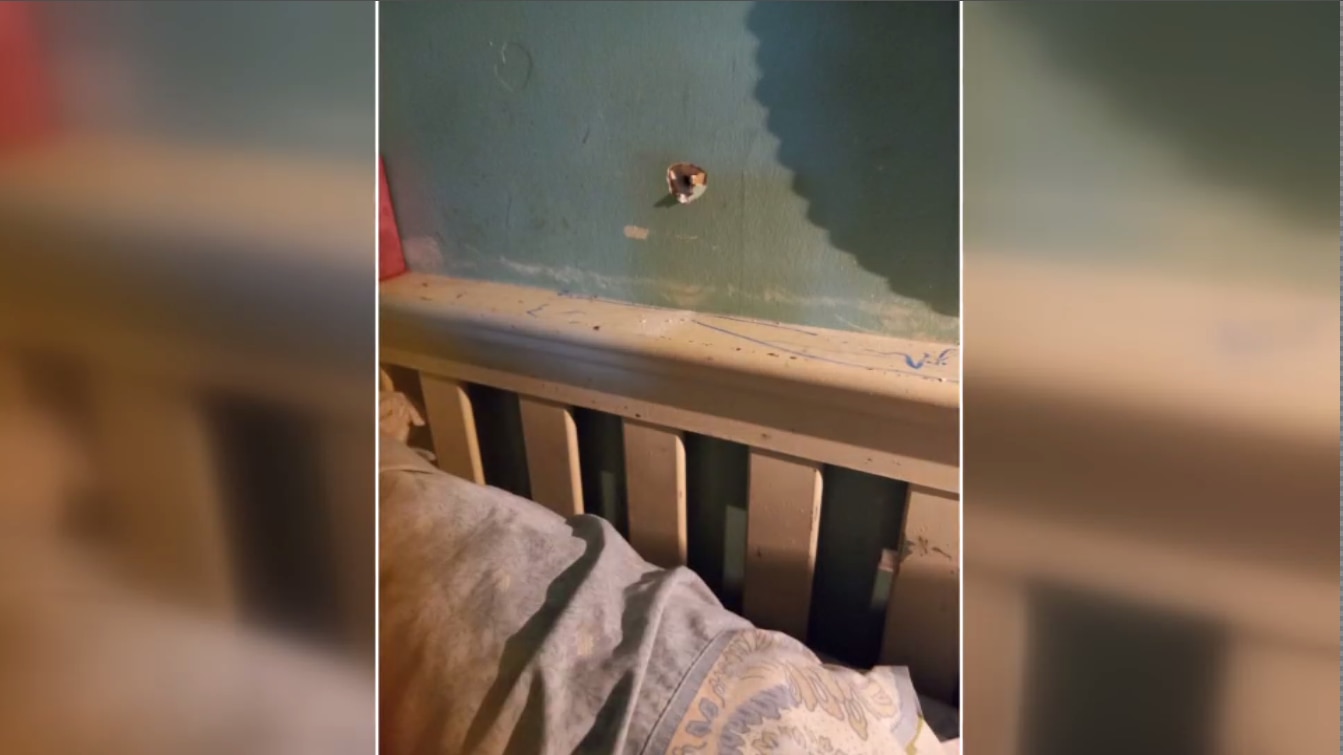 A retired grandmother, who works part-time as a crossing guard, says nothing could have prepared her for what happened in her home Tuesday night.

The woman, who News4JAX is not identifying for her safety, said her Northwest Jacksonville home was struck with a barrage of bullets. The headboard of her bed — exploded.

She dropped to the floor. Her grandson and his friend were also in the house.

“I’m on the floor. I’m crawling. I’m crawling, like, down the hallway, like, trying to see if they’re OK,” the woman said.

When the police arrived, she said she couldn’t believe what she saw when she looked at the damage.

“And see, this happened once before, and it’s all, like, retaliation for my grandson,” the woman said.

Her grandson was arrested and named a suspect in an murder that occurred earlier this year. News4JAX is not naming the suspect in this story for the woman’s safety.

The suspect’s father says his five siblings have received threats ever since, and he said that Tuesday, one of the brothers received a threatening message on social media.

Dozens of people without home because of apartment fire