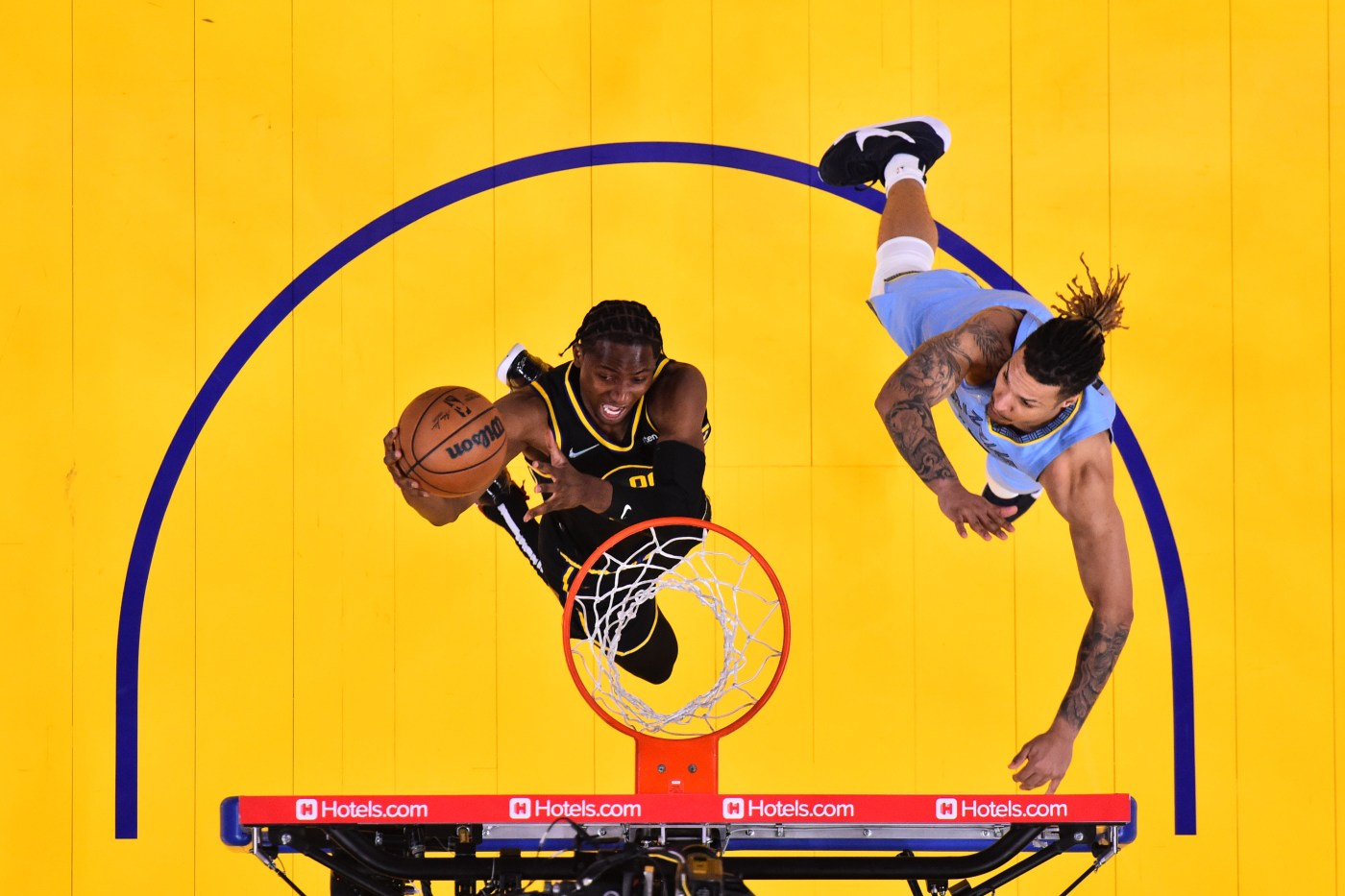 The Warriors will start rookie Jonathan Kuminga again in Game 5 of the Western Conference semifinals.

Kuminga gets his third straight start, at age 19 becoming the youngest player in NBA history to start a playoff game. He played five rocky minutes in his Game 4 start and did not return. Up 3-1 in the series, the Warriors will have a chance to close out the semifinals in Memphis with the same lineup they’ve used since Gary Payton II broke his elbow early in Game 2.

While Kuminga has made some spectacular plays and flashed his dunking ability to match the Grizzlies’ athleticism, he’s often tried too hard to make the home run play in some of his early minutes. The Warriors’ slow starts this series can be attributed to the starting lineup collectively trying to make big plays.

“We’ve got to be subtle when we first come out,” Otto Porter Jr. told reporters during shootaround on Wednesday. “We’ve tried to go for a lot of home run plays but we’ve discussed that, let’s just pick them apart, flow off the start and take our time.”

With Coach Kerr out, how big of a threat is COVID to Warriors’ playoff run?

How Jordan Poole and Jaren Jackson Jr.’s friendship prepared them for the playoff lights

Porter Jr. has been an option to start these games, coach Steve Kerr has said — Kerr is sidelined with COVID-19 and did not travel with the team to Memphis — but has been a key player off the bench with a 13.3 plus-minus over his last 4 games played, which leads the league over that span.

Jordan Poole, who started a majority of the Warriors’ games this year, was also an option to slot into the starting lineup. Though he isn’t the best defensive option, Poole has been a spark offensively and has a 12.5 plus-minus through four games — which ranks second in the league over that span.

The Grizzlies will go with the same lineup they used Monday night in Game 4, when Tyus Jones started in the place of the injured Ja Morant while Dillon Brooks (suspension) and Steven Adams (COVID) returned to action: