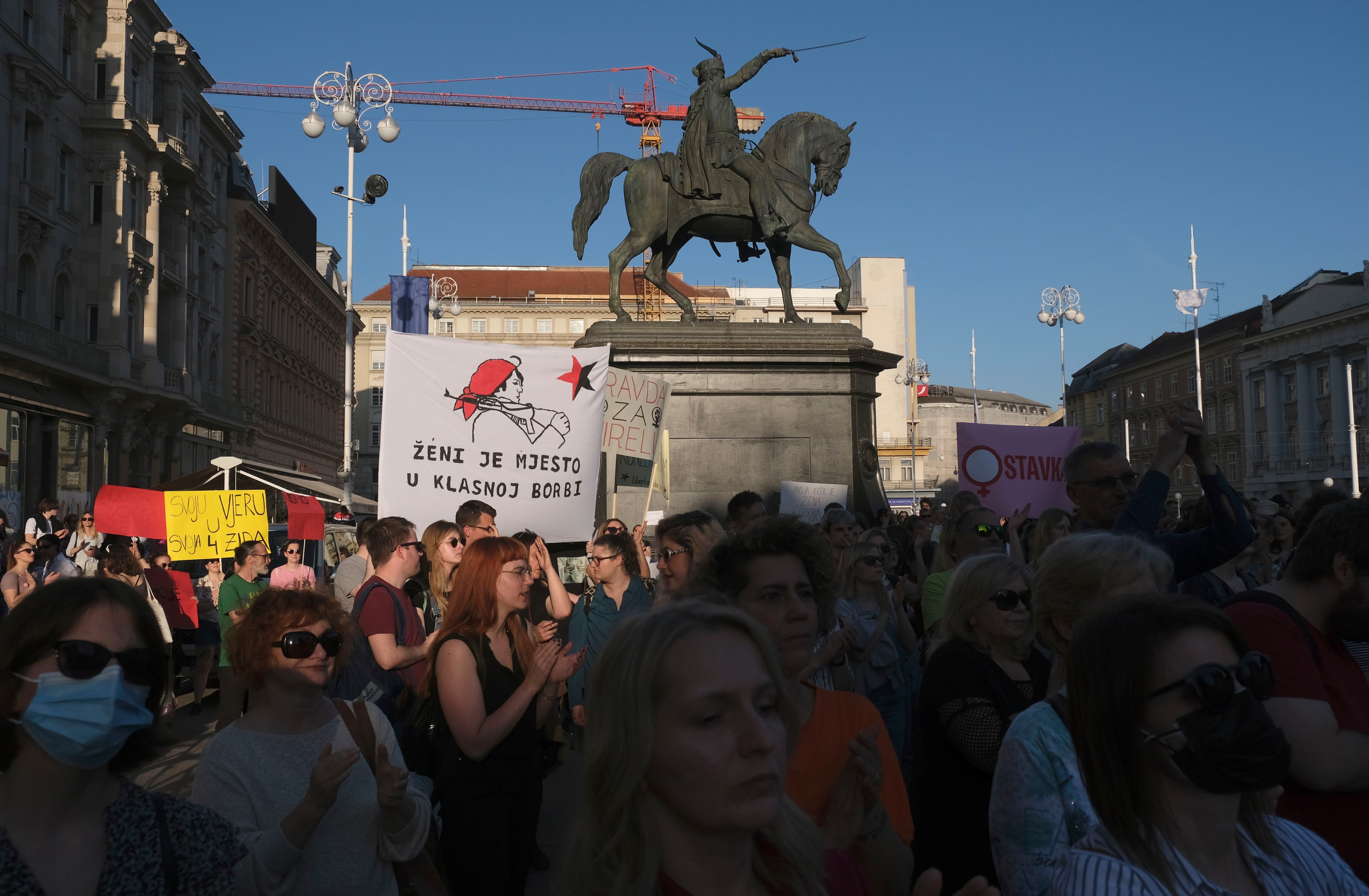 Thousands rallied across Croatia Thursday in solidarity with a woman who was denied an abortion despite her fetus having serious health problems, and whose weeks-long ordeal has sparked public outrage.

Protests demanding a better public health system and respect of women’s right to choice were held in several cities and towns throughout the predominantly conservative and strongly Catholic nation.

Shouting “Enough!,” participants carried banners reading ”Master of my own body” or “Woman’s toughest decision is not yours,” as they vowed to “stay angry.”

“Let’s be furious and scream until the system provides the health protection we deserve!” one of the speakers told the noisy crowd in the capital Zagreb. “Changes can come only through solidarity.”

Mirela Cavajda was 20 weeks pregnant when doctors informed her that her fetus had a brain tumor and no chance of a normal life. She said doctors refused to terminate the pregnancy and advised Cavajda to seek the procedure in neighboring Slovenia instead.

The case has rekindled a years-long debate about abortion in Croatia, a member of the European Union. Under public pressure, a medical commission later approved a termination, which the health authorities said would mean an induced childbirth at this stage.

Abortions are legal and allowed after the 10th week of pregnancy if there are serious health threats to the woman or fetus but doctors often refuse to perform them. Scores of Croatian women have traveled abroad for an abortion over the years.

Cavajda said the ordeal has been very hard for her and her family.

“Why prolong the waiting, why should I keep waking up or going to bed wondering if he had died, whether I’ll get blood poisoning or not?” she said. “The worst is yet to come for me.”

The existing law that permits abortions dates back to 1978, when the country was part of the Communist-run former Yugoslavia. Croatia became an independent country in 1991, and since then increasingly influential conservative and religious groups have tried to get abortion banned.

Wartime birth amid the air raid sirens in Ukraine hospital

Finland’s leaders in favor of applying for NATO membership