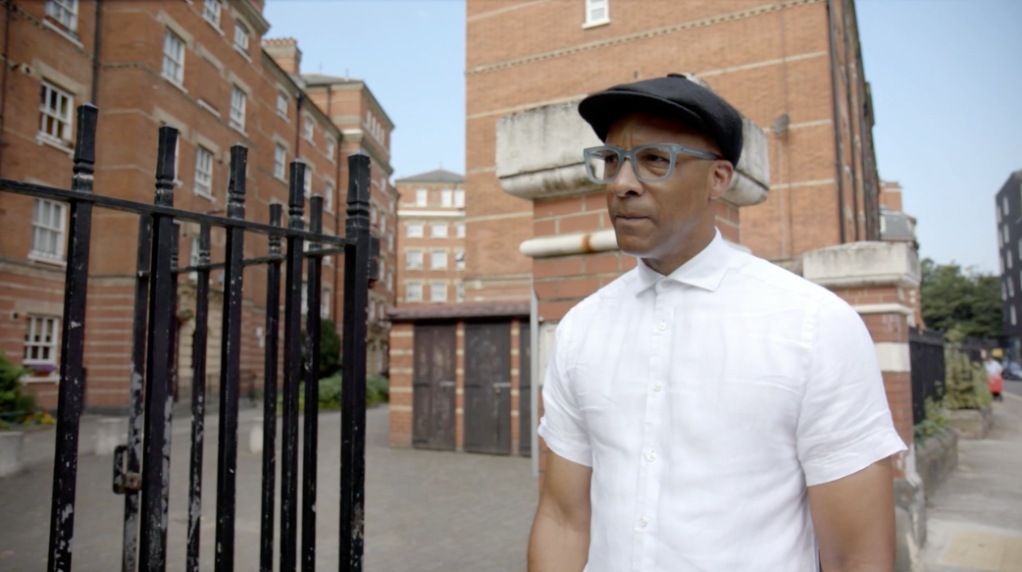 The Repair Shop’s Jay Blades has revealed he was homeless in his 20s after moving back to London.

The 52-year-old TV presenter shared that he had initially fled the capital after getting into fights but returned to the city following the birth of his first child and break up with his then-partner.

Jay, who grew up in northeast London, said he could fit all his belongings into a single carrier bag during this period of his life.

Luckily, he was soon moved into a hostel before he was given social housing on a Victorian Peabody estate.

Speaking in Channel 5’s new documentary series, There’s No Place Like Home, he recalled: ‘At 21 I was all over the place, I had no direction, I left London because I was getting into loads of fights and there were people after me.

‘My mum moved to Luton and I lived up there with her for a bit.

‘I had my first child, and then split up with the missus, and moved back to London, then I ended up homeless and went into a hostel.’

The father of three continued: ‘I had a supermarket carrier bag with all of my stuff in there and it wasn’t a lot.

‘I remember thinking, “Is this what my life has come to, is this the end for me?”‘

Jay and three other young men were helped out of the hostel and into a flat – a Peabody flat, social housing provided to Londoners in the Victorian era.

The estate was built in 1910 and back then there was a strict list of 17 rules for tenants including having no dogs, no wallpaper, and everyone in the family had to be vaccinated against smallpox.

Jay revealed he could once store all his belongings in a single plastic bag (Picture: Channel 5)

It was founded by American philanthropist George Peabody who wanted to provide affordable housing for working Londoners living in slum conditions, but with rules on moral conduct.

‘I always thought this was just a normal council estate,’ he said. ‘I don’t think moral conduct was happening when I was here.

‘One of the people I lived with was a bit naughty and would steal our food. You would see him with the cornflakes box and he would say “no, I didn’t do it”.’

It was while in the flat Jay found voluntary work which set him on the path to his future success.

Earlier this month, Jay was made an MBE at Windsor Castle for services to craft and in recognition of his work promoting heritage craft and restoration in the UK.

He was given the honour by the Prince of Wales.

Blades has starred in …read more

Woman found guilty of murdering baby, 1, she wanted to adopt