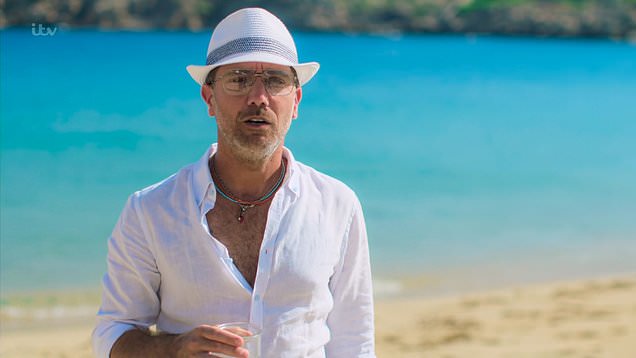 Gino D’Acampo could soon be waltzing across the Strictly dance floor (Picture: ITV)

The 45-year-old chef and This Morning star is believed to be at the top of the list of celebrity names after previously turning down a place on the beloved BBC competition show because he was too busy.

Of course, Gino is no stranger to competing in reality television, having won ITV’s I’m A Celebrity… Get Me Out Of Here! in 2009, beating the likes of Kim Woodburn and snooker player Jimmy White to the crown.

A Strictly insider revealed that bosses are keeping Gino in mind due to his ‘universal appeal’ and because he is ‘up for a laugh and more than capable of keeping audiences entertained’.

They added to The Sun: ‘Every year the team behind the show want to get the perfect balance of stars, whether it’s for their sex appeal, humour, or if they are a particular draw for older or younger viewers.’

Bosses are reportedly keen to sign Gino because he is capable of keeping audiences entertained (Picture: ITV)

Whisperings of Gino’s potential Strictly stint come two months after he announced his last appearance on This Morning before he headed back to Italy for several months.

In March, Gino reassured shocked hosts Holly Willoughby and Phillip Schofield that his absence would be temporary, with hopes to return in ‘probably autumn or winter’.

‘I was just walking around because I am a little bit sad today because I am going to go to Italy very soon, so this is my last This Morning,’ he said.

‘Unless you guys are going to come to the island of Sardinia, we may do something live there, maybe we can do something down the line.’

Strictly is due to return to the BBC later this year without professional dancer Aljaz Skorjanec, who confirmed his departure from the programme after nine years.

Aljaz wasn’t the only dancer to quit the show this year, as Oti Mabuse also announced she was leaving the flagship show after seven years and two consecutive wins in February.

Strictly Come Dancing returns to BBC One later this year.

Stock Market: Suez Canal Update! Floating!
One in three think the Queen should put her feet up and let Charles take over

Leaked opinion in Roe is a call to mass action