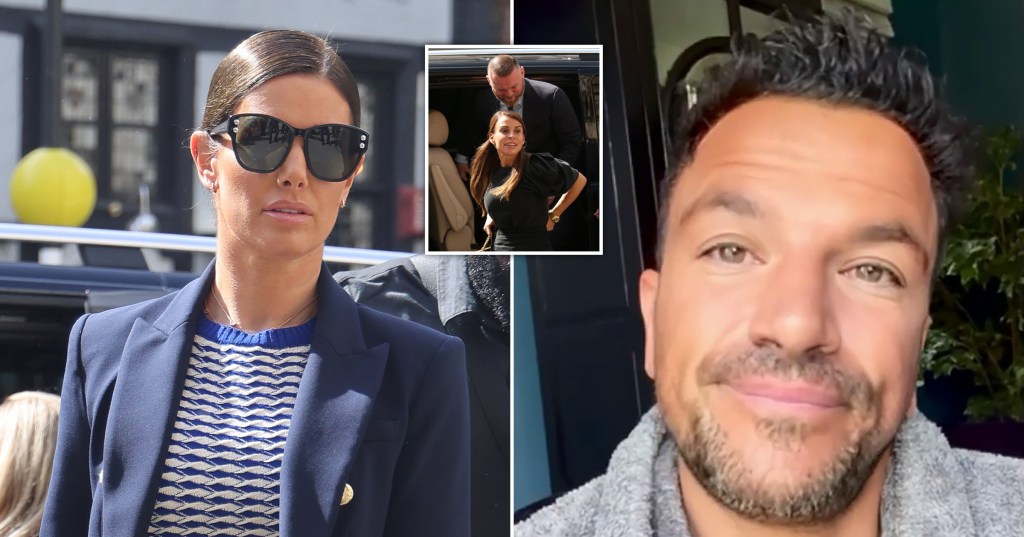 Peter Andre has spoken out following Rebekah Vardy’s comments in court, during which she detailed an alleged sexual encounter with the Mysterious Girl hitmaker.

Vardy – who is suing former friend Coleen Rooney for libel after she claimed in 2019 that Vardy leaked stories about her to the press – took the stand this week, where she was questioned about an interview she gave to the News Of The World in 2004.

Mr Sherborne showed what appeared to be an A3 print-out of the article to Vardy before reading the headline: ‘Peter’s hung like a small chipolata, shaved, slobbery, lasts five minutes.’

The Australian singer has now broken his silence after initially refusing to comment on the matter and ‘just let everyone have a laugh.’

Andre voiced his upset after the comments about his body were repeatedly brought up for 15 years.

He questioned how people can claim to care about ‘mental health’ and ‘being kind’ when he’s been ‘the butt of all jokes’ for such a long time.

‘I kept quiet didn’t say anything, and I let everyone have their laugh and say what they wanted to say. Yes, now she’s gone to court and admitted the story was made up and did that because her ex-husband forced her to, and it was all made up,’ he shared on Instagram.

‘Put that all aside and think how it feels if a man or if I had said this about her anatomy or if a man said something about a woman’s anatomy, made up something whatever, you can use your imagination about saying something very unflattering, there would be outrage. But because it’s been said about me, it’s been the butt of all jokes, I’ve taken it for 15 years.’

The musician continued: ‘I know some of you are gonna go, ‘get over it, don’t say anything.’ You gotta understand when it goes on and on and being brought up, and even worse it’s been brought up in the High Court and the lawyer is bringing it up having a go at her for bringing up something in News Of The World that went to four million people and then it’s brought up in court that goes to a lot more than four million people, it’s brought up again, and the only one that sits there and takes hit after hit about it is me.’

He added that he’s ‘been laughing about it for a while’ but wants people to consider ‘how it would feel if it was the other way round.’

‘Ok yes, we all know now it was just a made-up story, but it’s a little more serious than that – and I don’t think it’s fair something like …read more

Coronation Street spoilers: Toyah plots with Abi to destroy Imran as he exits?