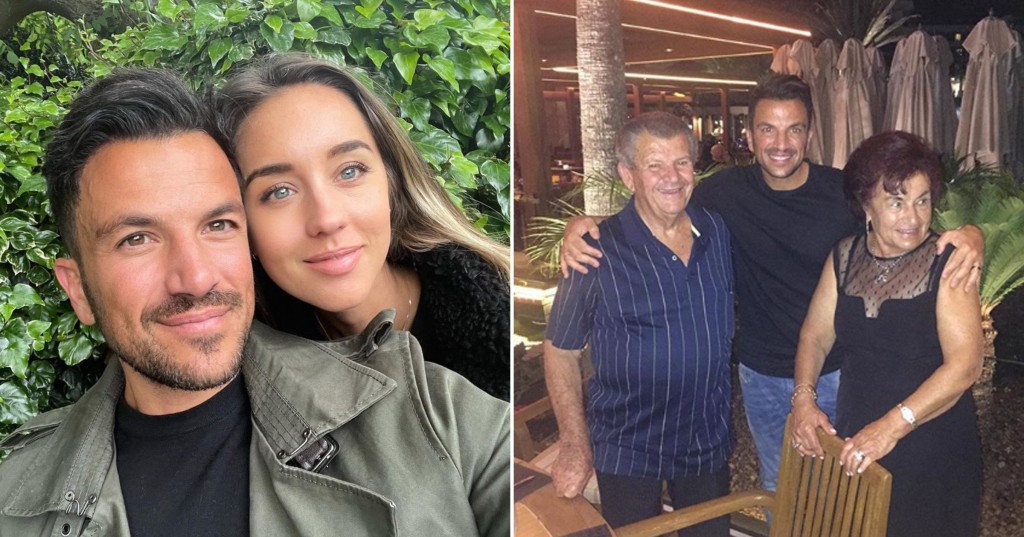 Peter Andre and his wife Emily have spoken about moving their family to Australia to be close to Peter’s parents in their old age (Picture: Instagram/@peterandre )

Peter Andre and his wife Emily have discussed moving to Australia to be near his elderly parents, Emily has revealed.

The Mysterious Girl singer, 48, has admitted in the past that he struggles to be away from his mum and dad, finding it particularly difficult when he was unable to see them during the Covid-19 pandemic.

Adding to Peter’s worries is the fact that his mother Thea, 85, is currently in ‘faltering health’.

Emily, 32, has now admitted that she and Peter have discussed moving to the other side of the world to be with Thea and Peter’s father Savvas, 88.

In an interview with The Sun, she admitted the separation from his parents is ‘a tough one’ for Peter.

‘It’s hard for him having his family there,’ she said.

Peter’s parents, Thea and Savvas, are both in their 80s, with Peter’s mum in faltering health (Picture: REX/Shutterstock)

However it’s not as simple as just upping and leaving, as Emily explained ‘we have kids who are at school here, my work is here, a lot of his work is here.’

Emily, who is a doctor, admitted that while the move is ‘something we have talked about,’ they haven’t, at this point, ‘planned anything’.

For now the family are trying to find a ‘balance’ between what’s happening with Peter’s family ‘and trying to do the best for our family here.’

The husband and wife have discussed a move to Australia but kids, work and school makes it a complicated situation (Picture: Instagram/@peterandre )

Earlier this year, Peter finally made the trip to see his parents after two long years, bringing eldest son Junior with him on the emotional trip.

Former I’m A Celebrity star Peter later opened up on the trip on Instagram, admitting the time with his mum had been ‘the greatest days in many many years.

Peter was unable to see his Australian family for two years due to the pandemic (Picture: Instagram/@peterandre )

‘I can’t begin to express how I feel to be with her. I’m happy now.’

In a later interview on Good Morning Britain, Peter outlined how his mum’s health had made the trip especially poignant.

‘So we’re all here together. It means a lot to us to be able to have this time with mum. For us it’s amazing.’

Moment historic bridge in Pakistan is swept away by massive flood

What does SSSS mean on your boarding card? Letters and codes explained