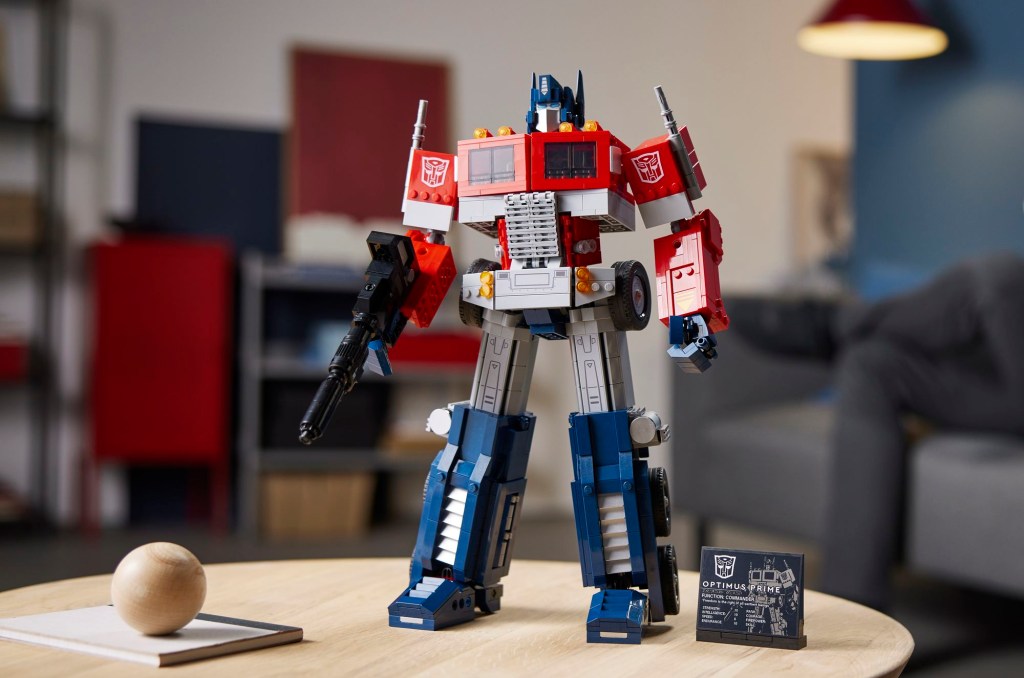 Hasbro and Lego have teamed up to make an official Transformers Lego set that is genuinely more than meets the eye.

There have been official Lego sets based on everything from James Bond to Super Mario but there are some things that seemed liked they’d never happen, either because the source material is too violent or because it’s based on something by a rival toy company. You’d never see any official Lego Transformers, for example, because that’s owned by Hasbro and yet… here we are.

For no obvious reason other than it looks incredibly cool, there is now going to be an official Lego set based on Optimus Prime. And the proper ‘Generation 1’ Optimus Prime from the original toy line and cartoons, not the newer movies.

The figure stands 35cm tall in robot mode and can transform into a truck cab that’s 15cm tall. There’s no trailer but then this is Lego, so you can just build your own if you really want it.

The set includes over 1,500 Lego pieces and features 19 points of articulation, many of them needed to transform from robot to truck cab and back again – all without the need to rebuild anything.

As well as Optimus himself, you also get his signature gun, an energon axe (as seen in the cartoon), an energon cube, a jetpack, and the Autobot Matrix of Leadership from the beloved animated movie – which can even fit inside his chest.

Lego is never cheap but Optimus costs £149.99, which is actually not bad for a licensed set with that many pieces. It’ll be released on June 1 and is already listed on the official Lego.com website.

‘It has been an honour and joy to work together with Hasbro to develop a Lego version of Optimus Prime! I am excited to see these two toy companies come together for the first time to celebrate the leader of the Autobots,’ says senior Lego designer Joseph Patrick Kyde.

‘It’s been a wonderful and challenging task to bring him to life using LEGO bricks, especially making sure that he can shift modes without disassembly and stay true to his signature look and style.’

In the past, Hasbro already tried twice to create its own Lego-esque construction toy lines, called Built to Rule and Kre-O, that featured a lot of Transformers (and G.I. Joe) characters.

Inevitably they were nowhere near as good as proper Lego though, so they seem to have gone with the age old adage that if you can’t beat ‘em you should join ‘em.

Lego Optimus Prime – what child of the 80s wouldn’t want this? (pic: Lego)

A fitting tribute to the legendary DJ: Inside the new Avicii Experience in Stockholm