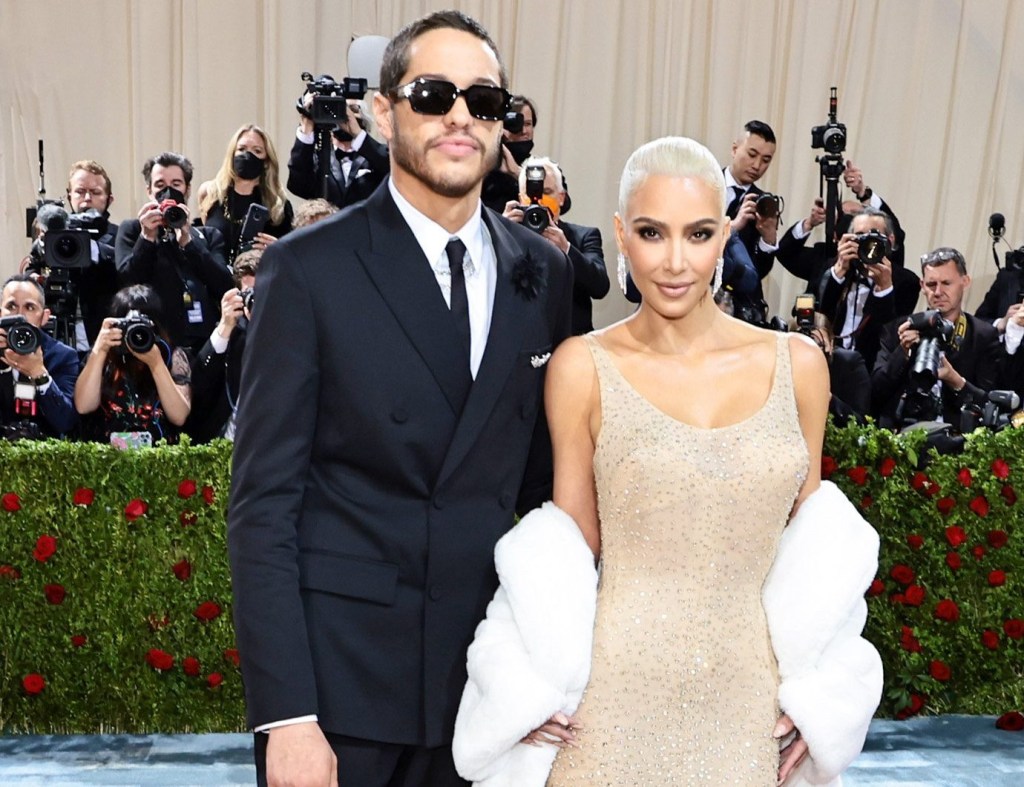 Kim Kardashian’s budding romance with Pete Davidson has finally got a mention on her reality show, the Kardashians.

The lovebirds, dubbed Kete, first started dating at the end of last year and have been pretty much inseparable ever since – making their red carpet debut this month.

While the 41-year-old confirmed that he would be discussed in the new Hulu series, it has taken until episode five for viewers to get a glimpse into their relationship.

What took you guys so long?!

In the latest instalment, the family could be seen having a completely natural and not awkward at all get together, in which they discussed the definition of BDE – which Pete is known to have in abundance.

Later on, they gathered once again at Kris Jenner’s palatial new home, when Scott Disick cornered the mom-of-four in front of Ellen DeGeneres.

‘How was last night? I FaceTimed you,’ the businessman said, to which she knowingly laughed: ‘I was probably busy…’

‘I look at all the comments and everyone’s like, “the guy is f**king nice”,’ he replied, as Ellen agreed.

‘Truly the sweetest, nicest human being on the planet.’

Kim wasn’t about to give the cameras all the juicy details, telling her pals: ‘I’ll tell you guys later, we’ll talk later.’

Kim giggled as she texted her boyfriend (Picture: Hulu)

In a VT, she appeared to be totally smitten as she sent her beau a text at one point, with a producer questioning who she was speaking to.

‘That’s a big smile,’ they said as she told them: ‘Leave me alone’.

When asked if his name ‘rhymed with feet’, she burst out laughing while continuing to message.

Following her split from Kanye West, Kim was linked to Pete after she kissed him on SNL, during a Disney-themed sketch.

Speaking in an interview before the show began, she promised that viewers would see how they met and get ‘all the details’ that everyone is desperate to know.

‘I have not filmed with him,’ she told Variety of the new program. ‘And I’m not opposed to it. It’s just not what he does.

‘But if there was an event happening and he was there, he wouldn’t tell the cameras to get away. I think I might film something really exciting coming, but it wouldn’t be for this season.

The Kardashians is available to stream on Hulu and Disney+.

Stock Market: Suez Canal Update! Floating!
Conversations With Friends: US star Sasha Lane struggled to get to grips with ‘Irishisms’ in BBC drama: ‘What is this?’