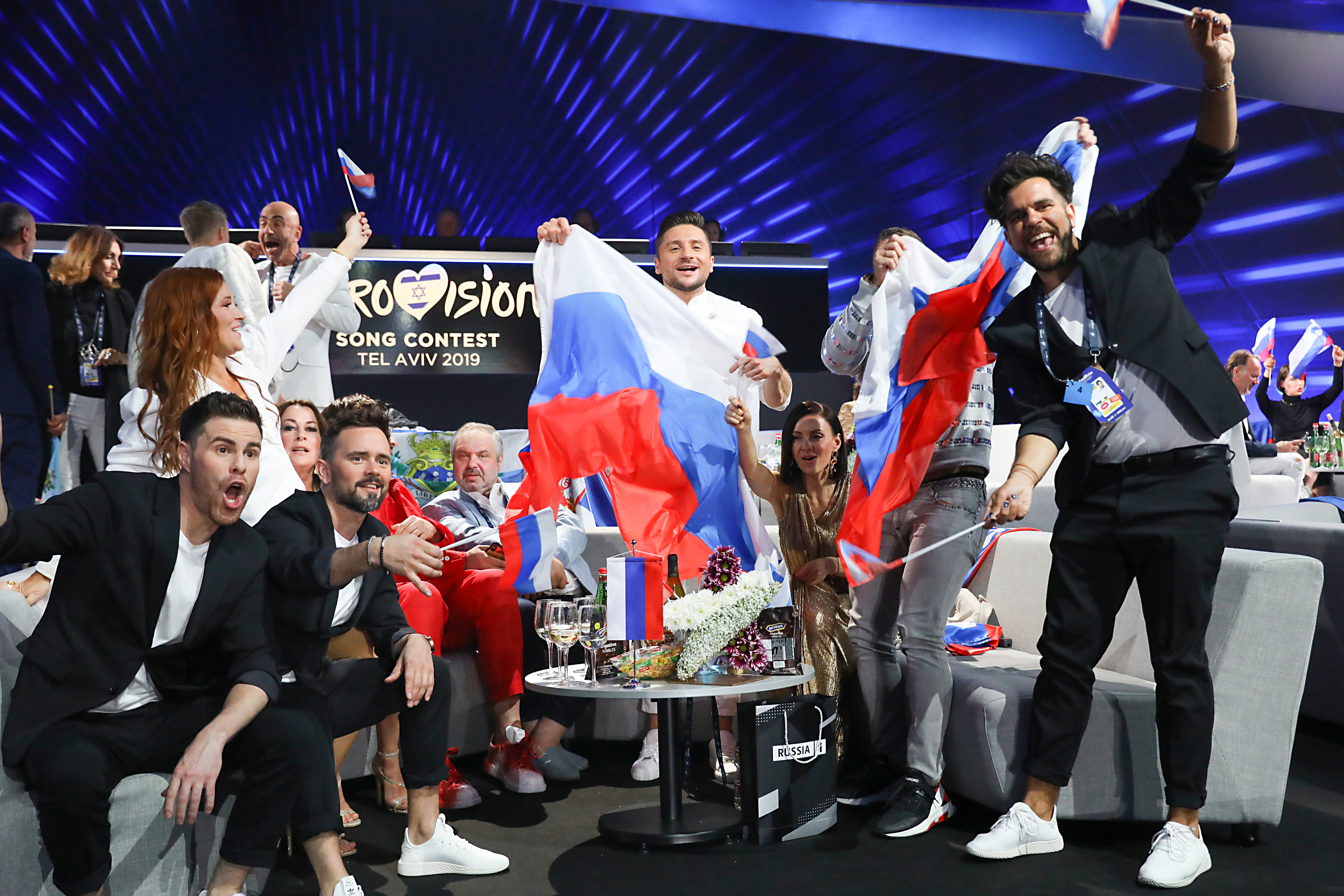 Vladimir Putin’s war against Ukraine has been raging for nearly three months now, with the first invasion taking place near the end of February.

Putin’s attack led to global condemnation, with the West imposing sanctions on Russia, Nordic countries like Sweden and Finland tipped to join NATO as Russia’s threat grows and major retailers like Apple halting services throughout the country.

Other consequences facing Russia include losing their right to compete at global entertainment and sporting events. For example, Eurovision.

Will they be competing in the annual competition this weekend?

Will Russia be at Eurovision?

The European Broadcasting Union (EBU) has confirmed Russia will not be competing in this year’s Eurovision Song Contest.

In a statement, the EBU said the inclusion of a Russian entry would bring the competition into disrepute.

While Russia is banned, Ukraine’s Kalush Orchestra have struck a chord with Eurovision fans (Picture: AP)

It read: ‘The EBU has announced that no Russian act will participate in this year’s Eurovision Song Contest.’

‘The decision reflects concern that, in light of the unprecedented crisis in Ukraine, the inclusion of a Russian entry in this year’s Contest would bring the competition into disrepute… The EBU is an apolitical member organisation of broadcasters committed to upholding the values of public service.’

‘We remain dedicated to protecting the values of a cultural competition which promotes international exchange and understanding, brings audiences together, celebrates diversity through music and unites Europe on one stage.’

Russia has typically performed strongly at the song contest.

Despite only winning the Eurovision Song Contest once – in 2008 – they’ve been one of the most successful countries in the contest in the 21st century with a total of ten top five placements.

What sports have banned Russia?

Eurovision isn’t alone in banning Russia from competing. Plenty of high profile organisations and authorities have stopped Russia and Russian allies like Belarus from competing.

World Rugby has suspended Russia and Belarus from all ‘international rugby and cross-border rugby activities.’

The Rugby Union of Russia has also had its membership suspended, meaning Russia will no longer be allowed to qualify for the 2023 World Cup.

Formula 1 has terminated its contract with the Russian Grand Prix.

Nikita Mazepin has been dropped from his contract with F1’s Haas. (Picture: Mark Thompson/Getty Images)