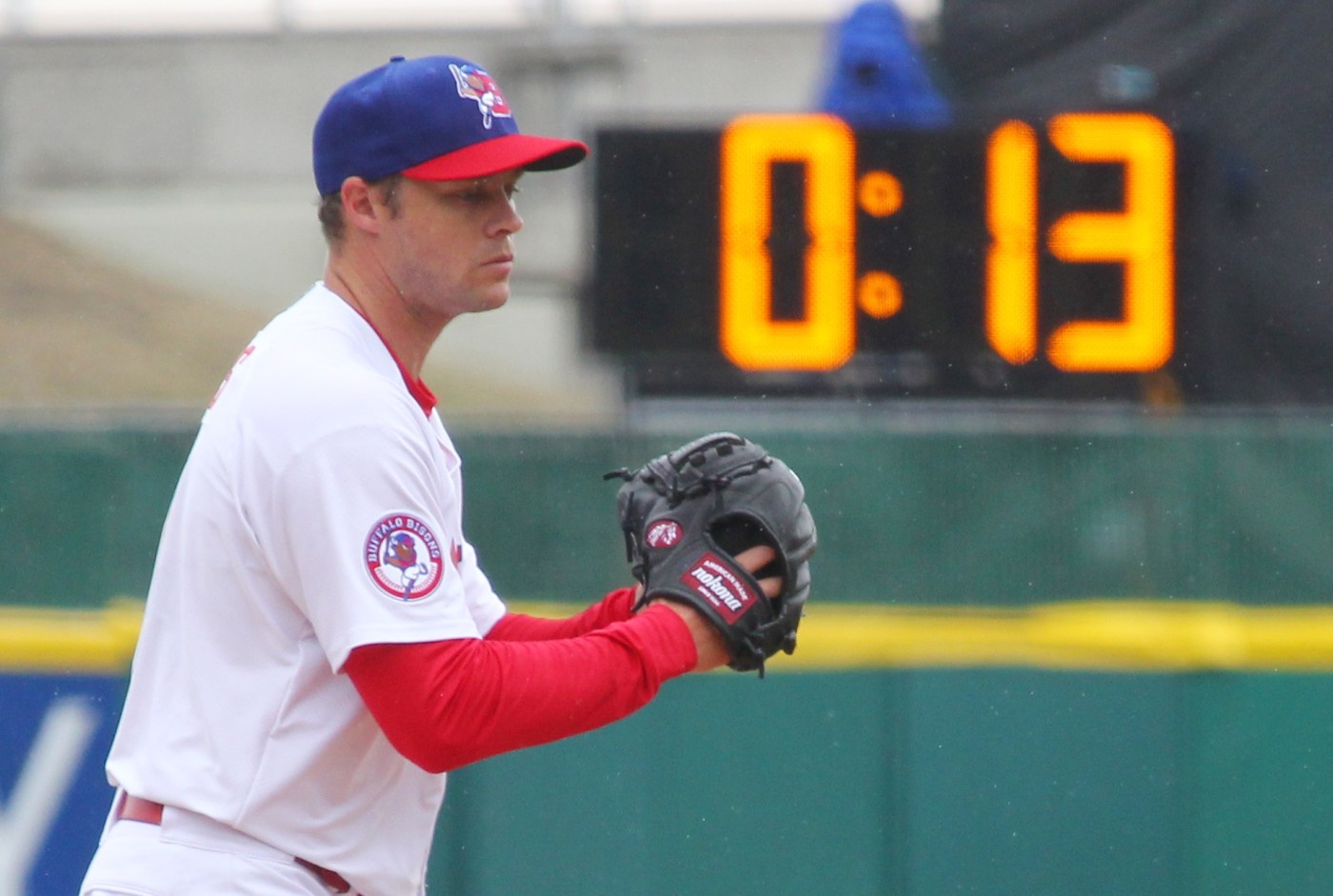 If you’ve ever attempted to learn a foreign language as a teen or an adult, you’ve probably noticed a strange phenomenon: you learn as much about your first language as your second. We take for granted certain rules and customs when writing or speaking our native tongue if it’s the only language we know. By looking at a language from the outside, we can appreciate all its nuance.

This is precisely what happened to Kyle Barraclough when he attempted to play baseball with a pitch clock for the first time. Barraclough, 31, had appeared in 280 major league games and 160 in the minors – all without a pitch clock – before May 4 in Salt Lake City. The new clock greeted him like an alarm screeching at dawn.

“I’m not a very fast-paced worker,” said Barraclough, who has since been recalled by the Angels. “I gave up a leadoff double to start the (seventh) inning. It was the perfect storm: first time on the pitch clock, giving multiple signs with a guy on second, also my first game in a couple weeks.”

His first thought: “This is going to take some getting used to.”

Barraclough isn’t alone. For the first time, Triple-A hitters and pitchers are being penalized for being late this season. A pitcher has 19 seconds to deliver a pitch without runners on base and 24 seconds with a runner on. A hitter has seven seconds to get set in between pitches. An automatic ball (for pitchers) or strike (for hitters) awaits the offenders. Anecdotally, there have been plenty of offenders to go around in the season’s first month.

This was to be expected, particularly among veterans who are closer to the end of their baseball careers than the beginning. The supposed sanctity of baseball as the only sport without a clock might be more ingrained in an older player – not unlike someone learning a new language at, say, age 31. There are many nuances to be mastered.

Take one new pace-of-play rule that seems rather anodyne on the surface: Pitchers are prohibited from stepping off the rubber more than twice per plate appearance. This includes any attempts to throw over to first base with a runner on. The proper term for this is “disengaging” with the rubber.

For Barraclough, the “disengagement rule” bothered him more than the clock itself. Why? It penalizes pitchers more than it benefits runners, few of whom are adept at stealing bases. Most runners don’t warrant more than two throws, so why penalize all pitchers?

“If things start snowballing, now there’s no ‘take a step off, take a deep breath, slow things down.’ There is no slowing things down,” he said. “Otherwise you’re going to get penalized for it.”

The psychological penalty cuts both ways. Hitters get one chance to call time during each plate appearance before they are penalized with a strike. Veteran catcher Chad Wallach, whom the Angels promoted last week, said he observed more automatic strikes called against batters than automatic …read more

Coastal fire: What homes are worth in Laguna Hills neighborhood where 20 homes burned