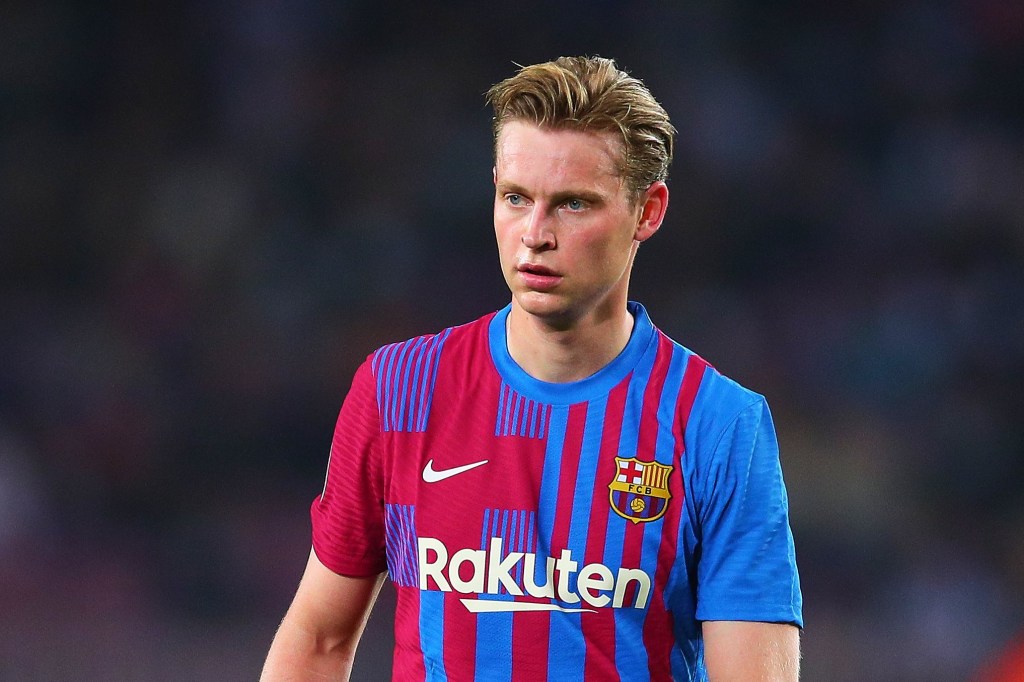 Manchester United will find it ‘particularly difficult’ to sign Frenkie de Jong from Barcelona this summer, with the midfielder preferring a move to Manchester City if he’s to leave the Camp Nou.

Reports in Spain on Wednesday night claimed the Dutchman was close to completing a move to Old Trafford, with a deal described as ‘95% likely’.

Barcelona are cash-strapped and De Jong is one of their most valuable but disposable assets, with the La Liga giants hoping to raise as much as £65m from his departure.

Erik ten Hag worked with De Jong for 18 months at Ajax and helped him to become one of the most sought-after midfielders in Europe before his move to Barcelona in 2019.

However, United can only finish with a Europa League place at best this term and the Athletic say that will make it ‘difficult’ to persuade De Jong to join the club.

City are viewed as the more likely destination, with Pep Guardiola keen to sign a replacement for Fernandinho.

The Premier League champions battled for De Jong’s signature in 2019 but he opted for Spain instead.

De Jong, for his part, is happy at the Camp Nou and feels that he can turn his fortunes around under Xavi.

The Dutchman’s position has changed a number of times since he moved to the club and he’s regularly taken off in matches around the hour-mark.

Barcelona are well-stocked in midfield but they’ve already agreed a deal to sign AC Milan’s Franck Kessie on a free transfer at the end of the season.

That points towards an exit for de Jong, and it’s likely to be a straight battle between United and City for his signature.

Ukraine’s Eurovision 2022 commentator Timur Miroshnychenko recalls outbreak of war before contest: ‘No one was thinking of Eurovision, just how to stay alive’