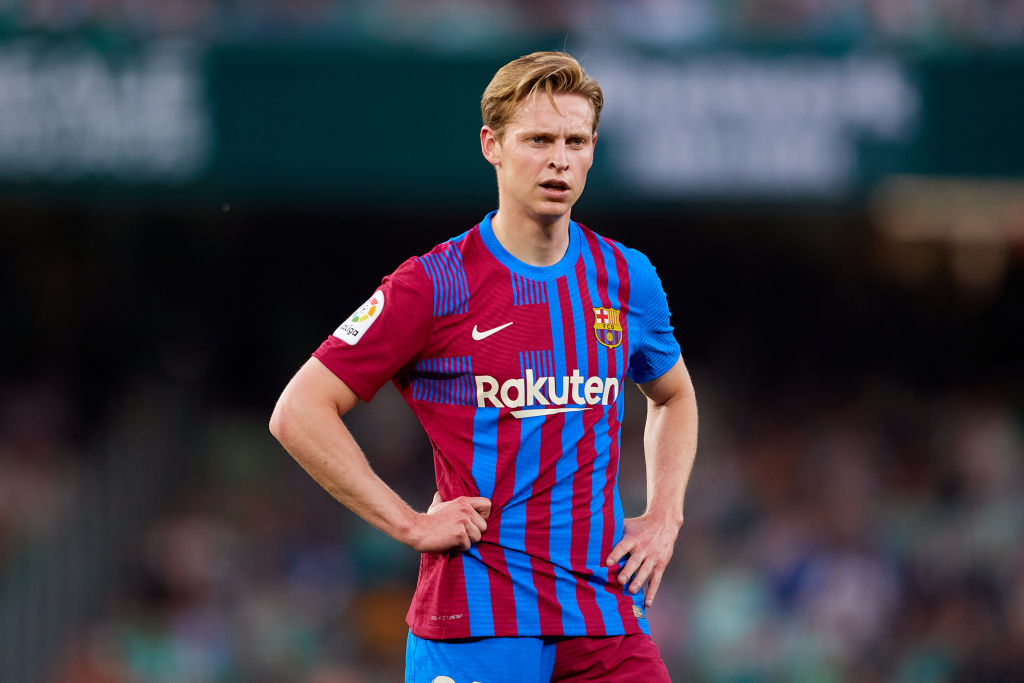 Barcelona are aware of Manchester United’s interest in Frenkie de Jong but the midfielder is prepared to stay and fight for his place with the La Liga giants.

Erik ten Hag has identified de Jong, 25, as a midfield target ahead of his arrival at Old Trafford, having coached the Dutchman at Ajax prior to his move to the Camp Nou in 2019.

Given Barcelona’s recent financial problems and the emergence of homegrown stars Gavi and Pedri in midfield, reports have suggested the Catalan giants will seek to cash in on de Jong this summer to finance new signings.

United are said to be weighing up a £75m offer with SPORT reporting early negotiations are underway, suggesting Barcelona will not sell for any less than €100m (£85m).

Ten Hag views de Jong as an ideal signing to mark his arrival in Manchester and is convinced his former player can be a leader in his new-look United side, according to the report.

However, the midfielder is still determined to be part of Xavi’s plans at the Camp Nou.

While he does not want to leave, de Jong is said to be ‘aware of the economic situation’ the club is going through.

Ten Hag is set to oversee wholesale changes at United this summer with as many as 10 players set to leave Old Trafford.

Midfield has been a long-standing problem area for United with their already meagre options in the middle of the park set to be further shortened with the departures of Nemanja Matic and Paul Pogba.

Matic has already confirmed his plans to leave Manchester when his contract expires at the end of the season, bidding farewell to the Old Trafford crowd in the 3-0 win over Brentford last week.

Pogba is also out of contract in June with the Frenchman believed to be favouring a return to Juventus.

Calling someone bald at work now counts as sex harassment

What is salmonella, what are the main symptoms and how long can it last?