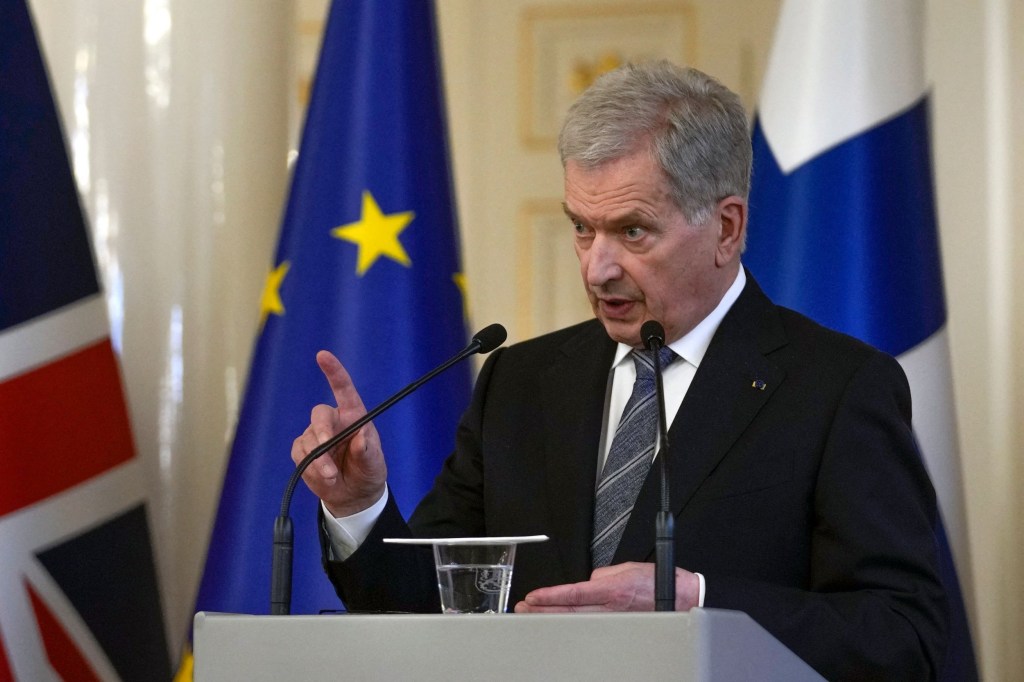 The move would pave the way for the alliance to expand (Picture: AFP via Getty Images)

Finland’s president and prime minister have said they support applying to join Nato.

While the nation must complete a few more steps before the application process can begin, the move would pave the way for the alliance to expand amid Russia’s war in Ukraine.

It is understood there has been a significant rise in public support for Nato membership in Finland since Russia invaded Ukraine on February 24.

Neighbouring Sweden is also expected to decide to join Nato in the coming days after signing security pacts with the UK.

Boris Johnson yesterday signed deals with both Finland and Sweden which could see British troops sent to the two northern European nations in the event of a Russian incursion from ’21st century tyrant’ Vladimir Putin.

Sarah, Duchess of York: ‘I thought my mum left me because I’d cut my hair’