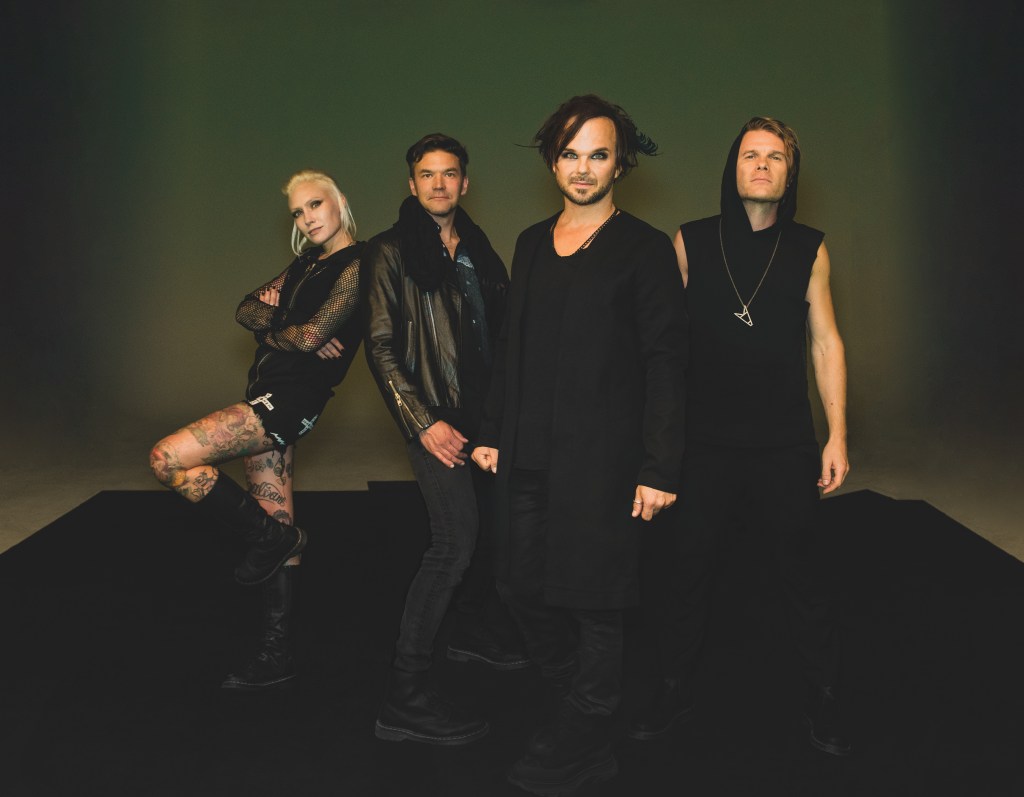 The Rasmus are back with a bang as they represent FInland in Eurovision (Picture: VENLA SHALIN)

The Rasmus are representing Finland in Eurovision 2022, and it’s a big deal.

If you’re a recovering UK emo who obsessed over My Chemical Romance circa 2007 – 2012, there’s a very high chance you rocked out to The Rasmus when you were growing up – even if you don’t remember.

In fact, even if you can’t tell your MCR from your Linkin Park and have never dyed your hair a mad colour, there’s still a high chance you’ve rocked out to The Rasmus.

The Finnish band had a massive mainstream hit in the spring of 2004 with their incredibly catchy track In The Shadows, and while they’ve continued as a (really good) band since, they haven’t found that level of chart success again.

But, now The Rasmus have emerged from the shadows once again as they fight against Sam Ryder, The Kalush Orchestra and dozens more intense competition to win this year’s Eurovision Song Contest.

But who exactly are The Rasmus, when was their biggest hit in the charts and what is their Eurovision song?

Who are The Rasmus?

The Rasmus first formed in 1994 when the members were teenagers in high school (Picture: WireImage)

The Rasmus are a Finnish rock band from Helsinki, who first formed in 1994 when the founding members were all still in high school.

Since then they have released nine studio albums, dozens of singles and multiple world tours.

Their most popular album, Dead Letters, was released in 2003 and spawned their massive international hit In The Shadows, which rocketed up the charts in dozens of countries worldwide.

But while they might not have reached that level of international acclaim in the 20 years since, they have a dedicated legion of fans who follow the band’s every move.

The Rasmus have released an album and gone on tour almost every year since, with latest album, Dark Matters, released in 2018.

It’s been a fairly up-and-down few years for the band in recent years, as it has been for most musicians, with the Covid-19 pandemic putting pause to the tour.

The Rasmus were dealt another blow when founding member, guitarist Pauli Rantassalmi, left the band earlier this year, but he was replaced by new member Emilia ‘Emppu’ Suhonen right before as Eurovision preparations were kicking off.

As of now, the band is made up of Emppu, lead singer Lauri Ylonen, bassist Eeo Heinonen and drummer Aki Hakala.

What is their best known song and when was it in the charts?

In 2004, The Rasmus took over the airwaves with their phenomenal single In The Shadows, taken from their 2003 Dead Letters album.

It boasts one of the catchiest choruses of all time and a stunning, creepy music video to boot.

The breakout hit shot up the UK charts in the spring of 2004, peaking at …read more

Sharon Osbourne backs Elon Musk’s plans to bring Trump back to Twitter: ‘Everybody has the right, even the Taliban’