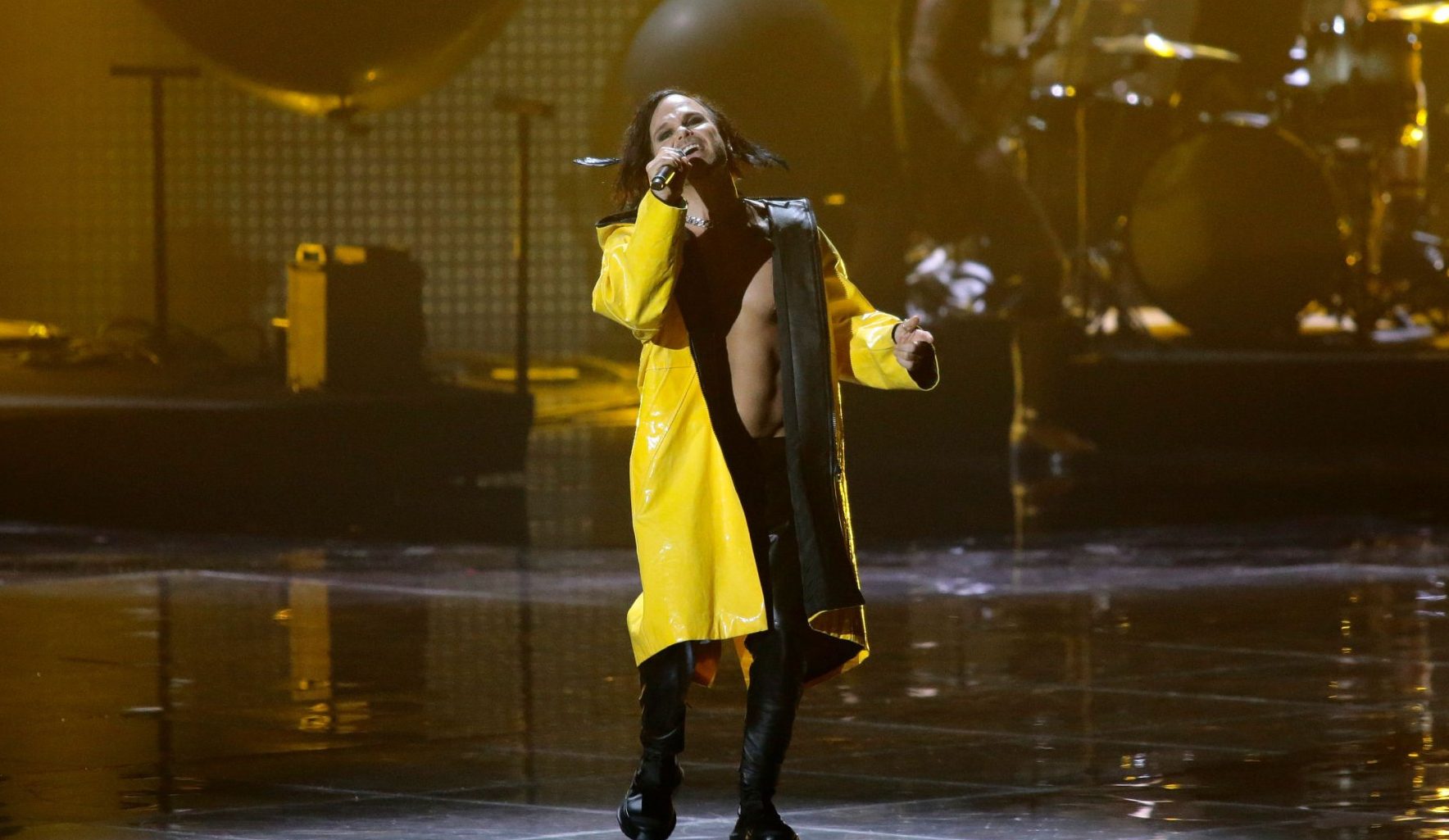 Pennywise, is that you? (Picture: Rex Features)

The Rasmus made their big return to the stage tonight during the Eurovision 2022 semi-finals, and their stage outfits were interesting.

Eighteen new countries are performing live from Turin, Italy in hopes of securing one of the 10 remaining spots in the Grand Final this Saturday.

Anticipation was high for The Rasmus’ performance with the emo rock band representing Finland in the song contest.

Led by Lauri Ylönen, the band belted out their new song Jezebel, a raunchy, upbeat track with yet another catchy chorus.

It’s the band’s first song with new member Emppu, and is an homage to a rebel girl described as a ‘killer shark in heels’.

Well, there was certainly something killer about their performance as The Rasmus frontman Lauri appeared on stage wearing a yellow raincoat and holding a balloon while staring intently at the camera with a mischievous smirk on his face.

#Eurovision Pennywise is that you? pic.twitter.com/pDYl03Sh2L

The imagery rang familiar with viewers as many drew parallels between Lauri and, well, Pennywise aka the killer clown from It.

Reacting to the questionable get-up, one quipped on Twitter: ‘Pennywise looks different here.’

Another joked: ‘#Finland #eurovision entry looks like #Pikachu and the clown from #IT had a love child.’

Lauri later ditched the raincoat to rock out on stage properly (Picture: AP)

Even Rylan Clark, who is presenting the UK coverage of the semi-finals for the BBC alongside Scott Mills, likened the rocker to Pennywise.

What are the latest odds for Eurovision 2022?

The Rasmus hail from Helsinki and first formed in 1994 when the founding members were all still in high school. Since then they have released nine studio albums, dozens of singles and multiple world tours.

Their most popular album, Dead Letters, was released in 2003 and spawned their massive international hit In The Shadows, which rocketed up the charts in dozens of countries worldwide.

List of supermarkets and products recalled after salmonella chicken outbreak

The five Cannes films to actually get excited about this year