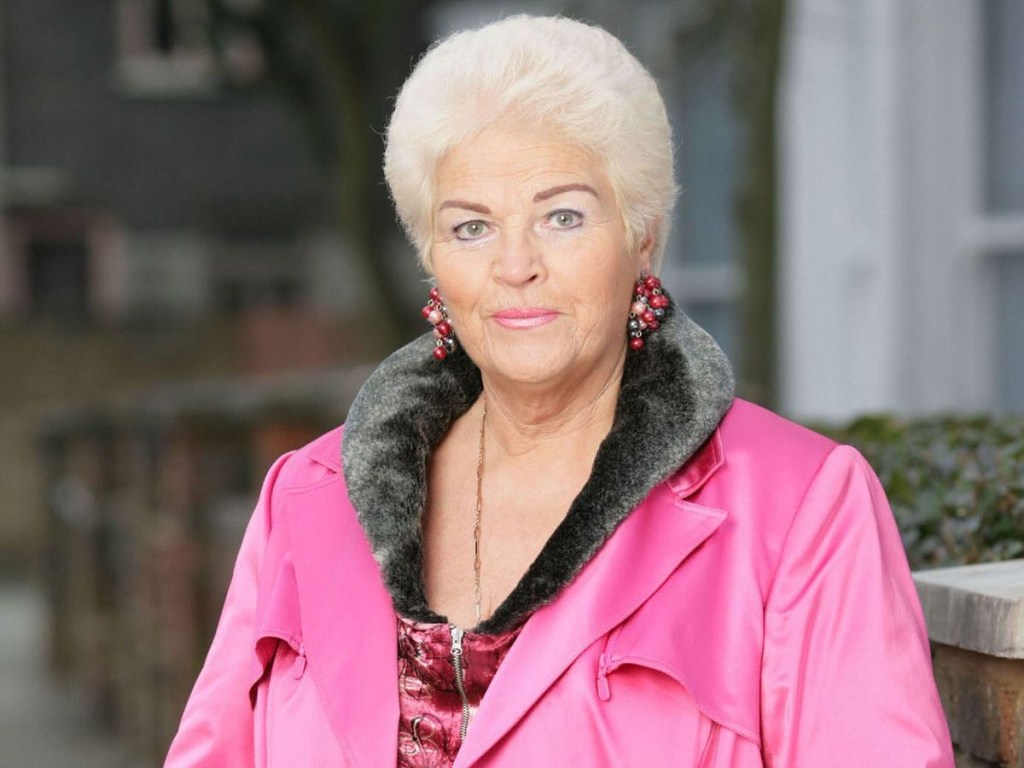 Pat Butcher is one of soap’s most iconic characters (Picture: BBC)

The actress, who portrayed Pat Butcher in the BBC One soap, was pictured smiling alongside former co-star Kellie Shirley, who shared the snap on Instagram.

‘Happy birthday to the Queen of #Walford and total legend that is #pamstclement #80,’ wrote Kellie, who played Carly Wicks.

‘So much love and so glad you’re in our life!’.

Pam, who has kept out of the limelight since leaving EastEnders, was all smiles as she posed for the photo.

Fans were quick to comment on the picture, with one writing: ‘Love this so much!!!,’ while another added: ‘Pat is a legend of a Albert Square.

‘Watching back on classic episodes, you really do appreciate her and the character much more. Happy Birthday Pam.’

A third social media user wrote: ‘It’s so cute they were close in eastenders and years after you still care for her the same way. true friendship’

Pam portrayed matriarch and TV icon Pat Butcher in EastEnders for 26 years. She made her debut in 1986, and wasted little time in causing trouble for many of Walford’s finest.

Parents forced to remortgage home to pay for £500,000 cancer treatment for baby daughter

The arrival of Frank in 1987 led to the duo getting married and taking over the tenancy of The Queen Vic.

The character was killed-off in emotional scenes in 2012, after she was diagnosed with pancreatic cancer. Pat, however, made one final appearance in 2016 as a hallucination or ghost, during Peggy Mitchell’s final scenes.

EastEnders airs Mondays to Thursdays at 7:30pm on BBC One.

MORE : EastEnders star tips Callum and Ben to make it through upcoming traumas

Julia Fox casually on grocery run in bikini and knee-high boots with bag fashioned out of jeans, because why not?