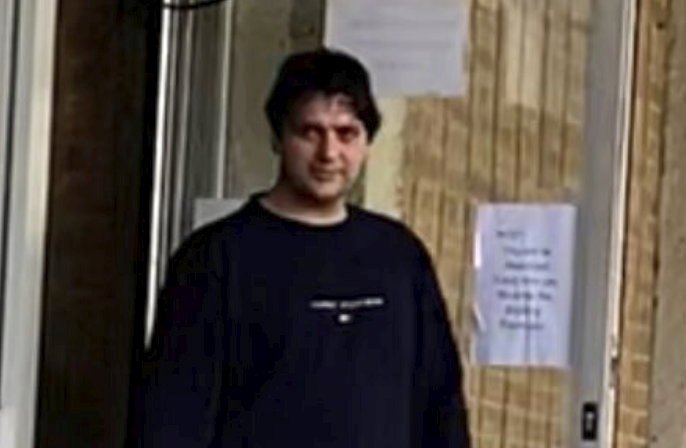 Qasim Hussain spotted the wallet on the floor and used it instead of handing it in (Picture: SWNS)

A fox remains on the run after its part in a theft worthy of a Roald Dhal book.

The unidentified fox stole its victim’s wallet under a car when he dropped it while opening his door then ditched it in the street.

The sly creature (the fox) was caught on camera sloping off with the wallet just before 10pm on the night in question.

Qasim Hussain, 36, then rode past at 10.01pm, picked up the wallet and put the contents in his pocket before cycling off.

Within three minutes, Hussain took the bank cards and used them three times to buy cigarettes and alcohol from different shops in Oxford. A fourth transaction was declined.

He also admitted visiting two separate Sainsbury’s stores where he stole £360-worth of chocolate.

Nawaz Khan, mitigating, said Hussain’s offense was purely opportunistic with the aid of the fox.

She explained: ‘Mr Hussain just happened to be passing by and rode over the wallet, stopped and found this credit card in there.

‘Unfortunately he does then succumb to temptation.’

The court heard Hussain had previously struggled with drug abuse but was now working with addiction charity Turning Point and receiving a methadone prescription.

He gave a clean drug test result on the morning of his court appearance and was described by Mr Khan as ‘a man who has changed in many ways’.

Imposing a 12 month conditional discharge, chairman of the bench Kay Whitaker said: ‘We have noted that you have a substantial and lengthy history of offending.

‘However, you have tried hard to reduce that and we are impressed you are attending Turning Point and impressed you have produced a negative test today.

‘I don’t underestimate the challenge of addressing a long-standing drug addiction.’

He was ordered to pay £250 compensation to Sainsbury’s and a £22 victim surcharge.

Floodlights: Who is in the cast of BBC Andy Woodward drama?