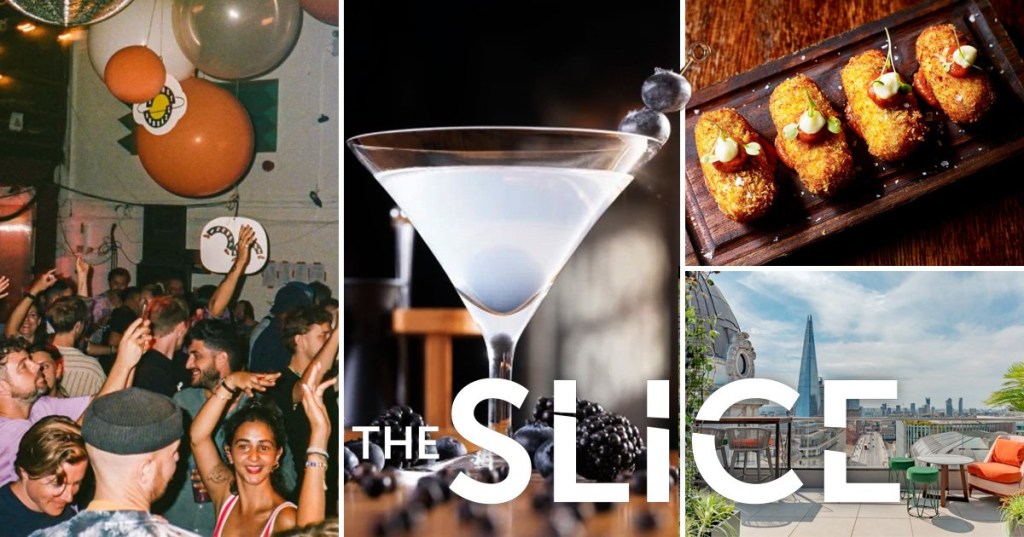 London’s going out out this week (Picture: Metro.co.uk)

Summer’s here and we’re going on it.

Saturday afternoon raving at Secretsundaze, rooftop drinking at Wagtail, cocktail masterclassing at the Properly Improper Society, judging croquetas (and to judge them, you have to eat them, right?) and cheering on the UK’s Sam Ryder at a Eurovision party that looks like getting totally out of hand.

Warm weather brings it out in us.

At last, we have a Eurovision song we can be truly proud of – how great is Sam Ryder? How great is Space Man? – which means we can throw ourselves whole-heartedly into a Eurovision Song Contest extravaganza.

Lucky for us, there is such a thing at the Everyman in Broadgate hosted by LGBTQ+ platform Gay Times and Skittles, the sweeties that always support Pride!

Between them they are taking over the screen for the showing of the Contest with a special after-party with food and drink and flirting and performances and giveaways and maybe even an impromptu rendition of the greatest ever Eurovision-winning song Euphoria by Lorena.

Oh, you prefer Ding Ding A Dong by Teach In?

Saturday, 1 Finsbury Avenue, EC2, free with a £10 donation to Switchboard

Freshen up your look while your ride gets fly (why are we talking like this?).

We’re getting into mode for heycar’s Shoreditch Care Wash pop-up… where you’ll get down to some radical hot beats with live sets from So Fresh So Clean LDN DJs – and Fat Tony – while you’re at it (we can’t stop ourselves!)

Basically, heycar, which is an online car marketplace, is transforming the American Carwash in Shoreditch into a beauty bar, meaning you can get your car valeted while you get pampered with a hair trim or a mini-facial or a make-up make-over while you rock out to those big beats…

You’re the judge of the best croquetas in London

You know us, always up for a challenge so when we heard about the Croquetas Challenge we were in up to our elbows.

The challenge being set by Salt Yard Group is to find London’s best croqueta (we’ve always called them ‘croquettes’ but we don’t mind a bit of Spanishification) and with two remaining heats on 17th and 24th May, the likes of London Shell Co., Opera Tavern, Wright Brothers and Mamma Pastrana will be slugging it out to deep-fry the finest golden morsels – smoked lamb and spiced labneh or caramel apple pie with cinnamon sugar? – for us to judge alongside the professionals (there are professionals in the world of croquetas?).

It all sounds deliciously calorific.

You could win a five-star holiday …read more