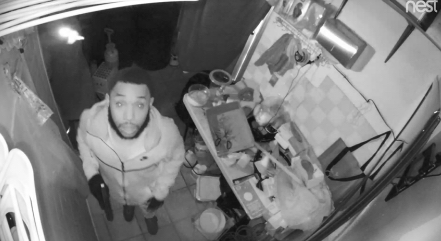 OAKLAND — A Bay Area man was sentenced to six years and eight months in federal prison Thursday, after pleading guilty to offenses related to a 2017 shootout during an attempted burglary of a marijuana grow warehouse in Richmond, court records show.

Vernell Thrower, 30, of Oakland, was sentenced immediately after pleading guilty to attempting to possess marijuana plants with intent to distribute, and carrying a firearm in furtherance of a drug trafficking crime. He also pleaded guilty to unlawful possession of a machine gun, court records show.

Thrower was charged as part of what started with the marijuana growhouse burglary investigation but was eventually connected into a 13-defendant indictment alleging ties to a so-called “open air drug and gun market” on the 200 block of Makin Road in Oakland. Authorities installed secret hidden cameras on the block, and recorded dozens of illegal firearm transactions, as well as crack cocaine sales, according to court records.

David Cohen, an attorney representing Thrower, asked for a five-year prison term and said the incident was a “blunt wakeup call” for Thrower.

“Mr. Thrower is not the same (young) man he was in 2017, when these offenses were committed,” Cohen wrote. “He is now in his 30s, and having spent the last two years in custody in connection with these cases, he has grown considerably since 2017. Mr. Thrower is no longer a young hothead who spends his time with the wrong crowd.”

Thrower pleaded guilty to an August 2017 burglary in which he and others cut about 200 marijuana plants from a Richmond grow warehouse. The burglary was interrupted, leading to a shootout between the owners and the burglars, including Thrower. Three months later, Thrower sold a Glock pistol with a switch installed to make it fully automatic, according to the plea agreement.

A security camera inside the grow warehouse captured Thrower, gun in hand, during the burglary, prosecutors said. They said he committed the burglary just six years after involvement in a home invasion robbery where the victim was threatened at gunpoint.

Stock Market: Suez Canal Update! Floating!
She Vanished on Spring Break in 2009. Cops Say They Found Her Body—and Her Killer

Did God Create Us to Be Vegetarians?