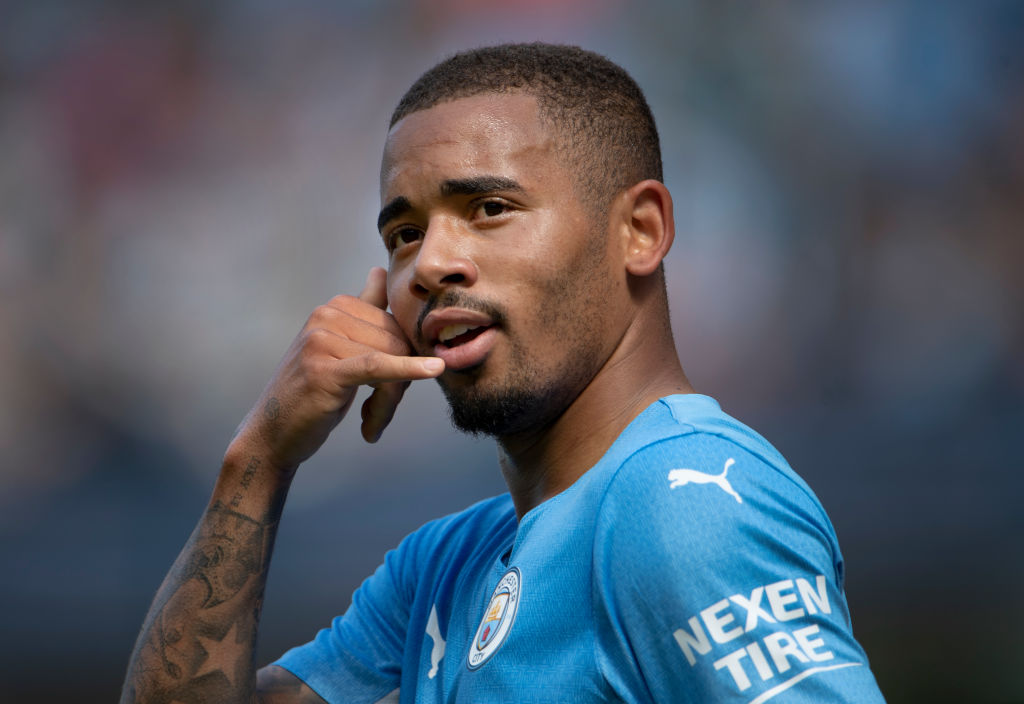 With the futures of Eddie Nketiah and Alexandre Lacazette yet to be resolved, Arsenal have identified the need to sign at least one striker this summer as a priority.

Jesus has little over 12 months left on his remaining contract and, although he has played an increasingly prominent role in City’s challenge for honours during the closing stages of the current campaign, he is unlikely to sign an extension.

Gabriel Jesus is keen on the idea of being reunited with Mikel Arteta at Arsenal (Picture: Getty)

The Brazil international played second fiddle to Sergio Aguero during the early stages of his City career and has spent much of his time under Pep Guardiola on the right wing, rather than in his preferred central position.

City’s decision to sign Erling Haaland from Borssua Dortmund will further compromise Jesus’ playing time and the 25-year-old is said to be keen on a reunion with Mikel Arteta, who spent three-and-a-half years as Guardiola’s assistant at the Etihad Stadium.

Speaking on Wednesday, the former Palmeiras forward’s agent confirmed initial talks with Arsenal had taken place and Jesus was keen on becoming a focal part of Arteta’s rebuilding project.

‘We had discussions with Arsenal about Gabriel Jesus and yes, we like the project,’ Marcelo Pettinati told Fabrizio Romano.

‘There are six more clubs interested in Gabriel Jesus, he’s now focused on final games with Manchester City, then we’ll see what happens.’

According to Goal, Arsenal have already put together a formal proposal but it currently falls €10m short of City’s asking price, but further talks are anticipated.

Meanwhile, speaking after City’s 5-1 win over Watford last month, Pep Guardiola admitted he was unsure over Jesus’ future at City but insisted that the Brazilian ‘will have a successful career’.

‘I want to tell you something, Gabriel is our player. I don’t know what is going to happen but he is a Manchester City player,’ said Guardiola.

‘But Gabriel doesn’t need to do a performance like today to score four goals to know exactly what he can do.

‘Against Liverpool in the FA Cup, he had two clear chances man to man and he missed them, but always he is there, and Gabriel has this incredible ability because he is always thinking what is the best for the team.’