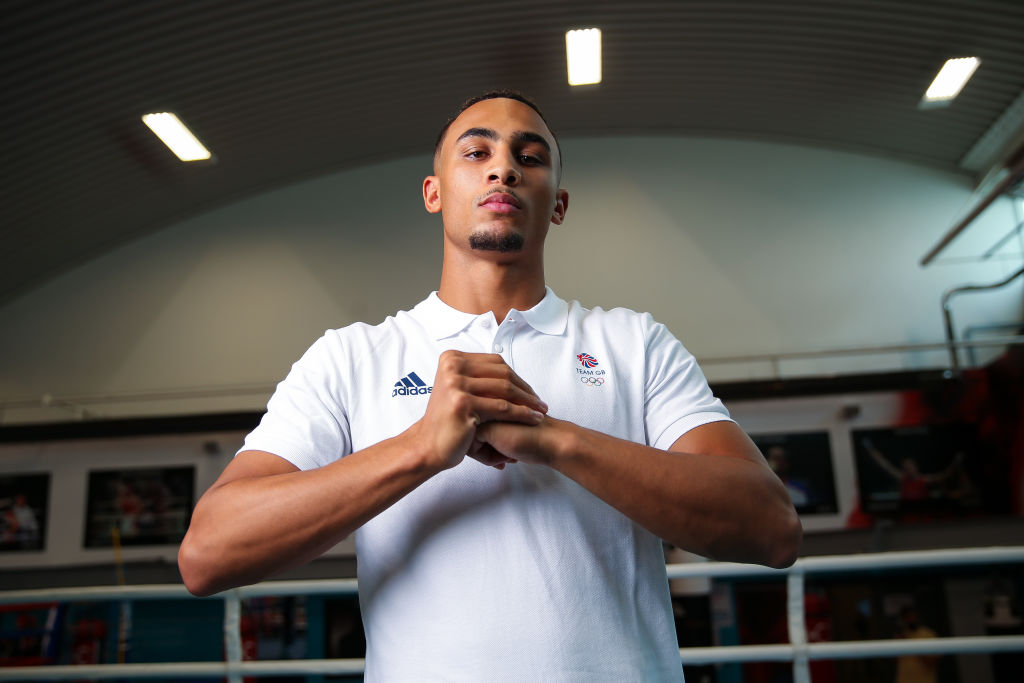 Overseeing his move into the professional code will be Steward, the man credited with transforming undefeated heavyweight king Tyson Fury into the knockout artist he is today, having worked with ‘The Gypsy King’ since 2019.

Steward trained Fury for his two victories over Deontay Wilder where the Briton bulked up and overpowered the American en route to stoppage wins. Fury secured a devastating one-punch knockout win over Dillian Whyte at Wembley Stadium last month.

Whittaker’s career will also be managed by Anthony Joshua’s 258 MGT, with the two-time heavyweight champion christening him a ‘future PPV star’.

ð£ï¸”Sugarhill is the ððð! He can bring those devastating knockouts” ð¥

Ben Whittaker on why he has chosen Sugarhill Steward to be his trainer. pic.twitter.com/tEI7piNJpP

‘Ben is a really special talent with a fantastic amateur pedigree,’ Joshua said.

‘He has had some tough decisions to make whilst turning professional but now finally he’s here!

‘Managed by the best team in the game, 258 Management, I think he is ready to set the world boxing scene on fire.

‘Everyone get ready for a special journey. Ben is the future PPV star.’

Steward meanwhile has compared his young charge to boxing legend Roy Jones Jr, who won silver back in the 1988 Olympic Games in Seoul before becoming a four-weight world champion.

‘I’m totally thrilled to have been sought out and chosen by Ben Whittaker of the 2020 Olympic Games on Great Britain’s highly talented and dominating boxing team,” Steward said.

‘I consider Ben to be on the talent level of a Roy Jones Jr in transitioning from amateur into a professional world champion superstar status.’

Whittaker came up short against Cuba’s Arlen Lopez in his Olympic final in Tokyo, but took home a silver medal to help Team GB Boxing to their biggest medal haul for over a century.

MORE : Tyson Fury insists he is retired from boxing despite Anthony Joshua and Oleksandr Usyk insisting he will be back