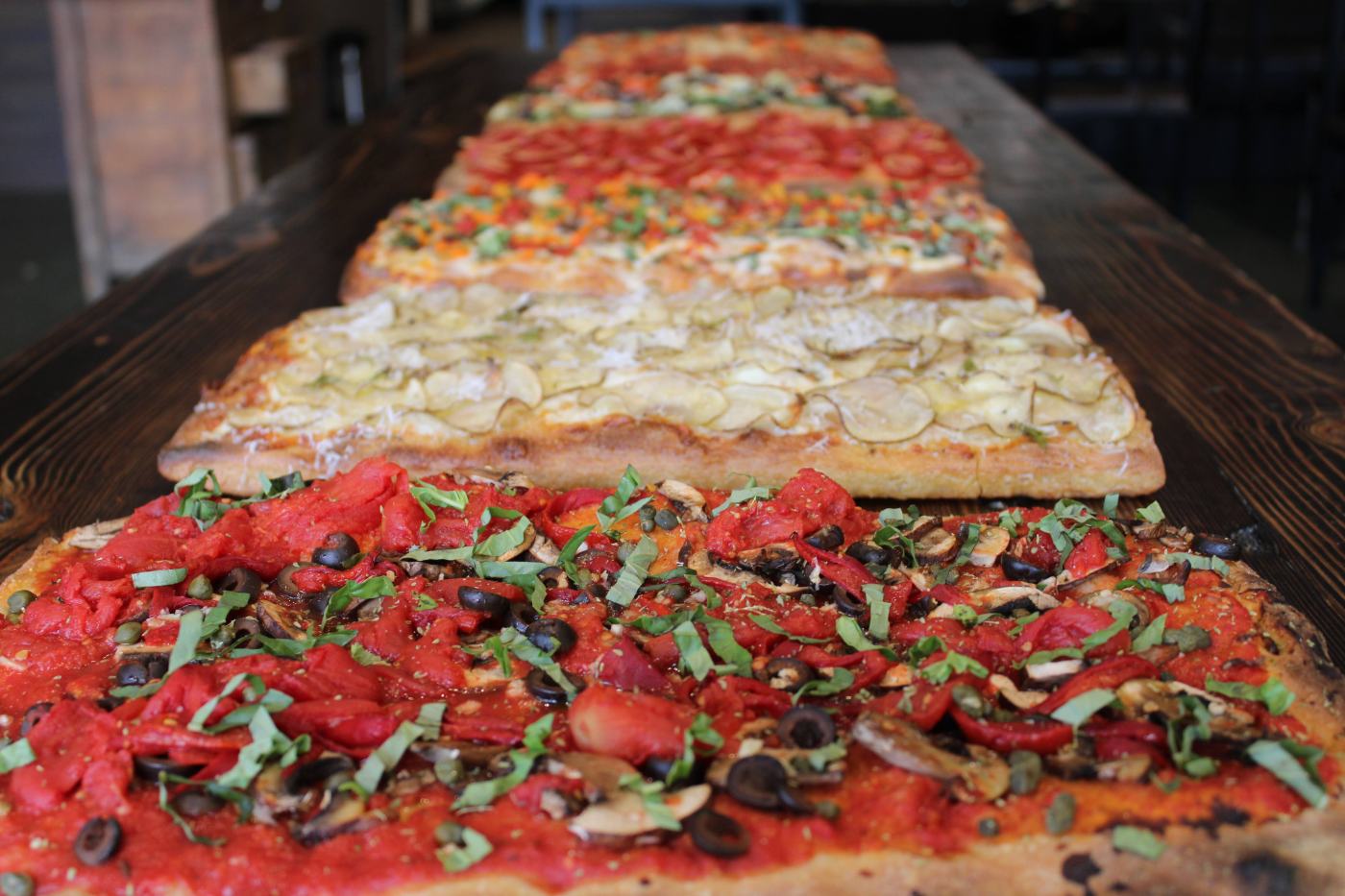 The square pizza trend has arrived in Walnut Creek.

City Square, a pizzeria specializing in gourmet Sicilian pies, is opening in downtown Walnut Creek for dinner service today. The restaurant, which will serve its signature twice-baked square pan pizzas alongside Italian appetizers and local beers, is from Mike Finley, who for two years operated the German-inspired restaurant, Bierhaus, in the same space at 1360 Locust St.

But Finley has had Sicilian pies on the brain since he opened the original Bierhaus in Mountain View seven years ago. The opportunity to finally make the concept a reality is slightly bittersweet. This past December, he decided to permanently close Bierhaus after countless pivots and struggles to keep the beer house open during the pandemic.

“German beer hall and pandemic just could not co-exist,” Finley says. “In January, I wiped the slate clean and decided to start again.”

And what a start. Pizza has proven to be pandemic-proof, and Finley’s version is not something Walnut Creek has seen before. There’s Slice House’s Neapolitan pizza. And Montesacro is bringing Roman style pies to town soon. But City Square’s Sicilian pies are stand-alone creations that require a three-day dough process, and are made using flour from Central Milling in Petaluma.

“That’s the reason the interior is so light and fluffy,” he explains. “The bottom, where the dough meets the pan, is covered in olive oil, so the bottom is going to be crispier too.”

To help develop the pies, Finley brought on Sebastopol-based pizza whisperer Alastair Hannmann, who consults with numerous pizza brands and is currently the director of operations for San Francisco’s wildly popular Joyride Pizza.

On the City Square menu, look for seven pizzas, including the Spicy Pepe, made with Rosa Grande pepperoni, fresh Avorio mozzarella and Calabrian oregano; three Italian sandwiches and two salads. There are nine beers and two wines on the menu, with craft cocktails coming soon. Finley plans to tranform the old Bierhaus bottle shop into a “square” slice shop.

And, in homage to the past, you might see a German beer to the menu.