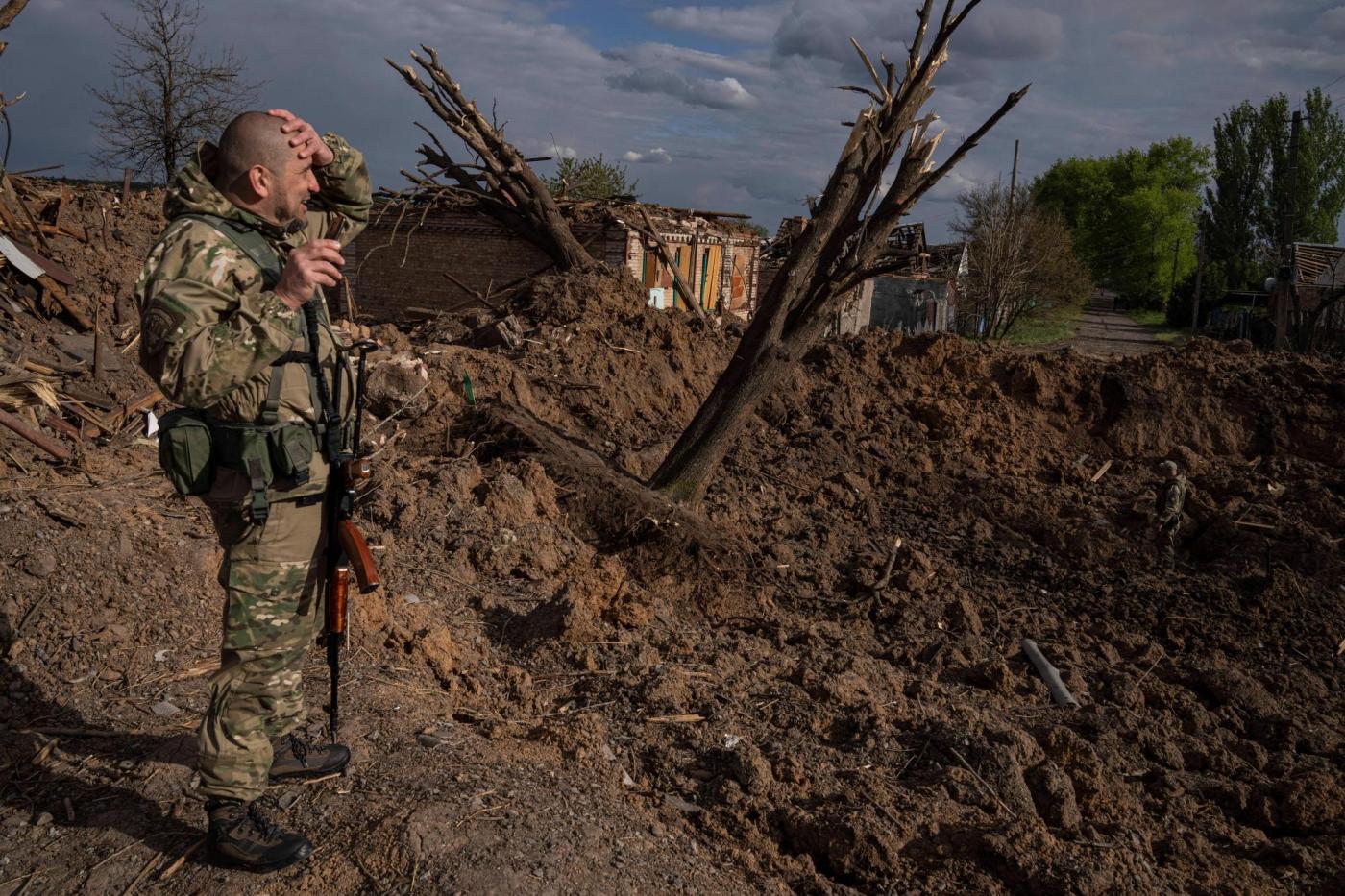 By ELENA BECATOROS and JON GAMBRELL

ZAPORIZHZHIA, Ukraine (AP) — Ukraine’s top prosecutor disclosed plans Wednesday for the first war crimes trial of a captured Russian soldier, as fighting raged in the east and south and the Kremlin entertained the possibility of annexing a corner of the country it seized early in the invasion.

Prosecutor General Iryna Venediktova said her office charged Sgt. Vadin Shyshimarin, 21, in the killing of an unarmed 62-year-old civilian who was gunned down while riding a bicycle in February, four days into the war.

Shyshimarin, who served with a tank unit, was accused of firing through a car window on the man in the northeastern village of Chupakhivka. Venediktova said the soldier could get up to 15 years in prison. She did not say when the trial would start.

Venediktova’s office has said it has been investigating over 10,700 alleged war crimes committed by Russian forces and has identified over 600 suspects.

Many of the alleged atrocities came to light last month after Moscow’s forces aborted their bid to capture Kyiv and withdrew from around the capital, exposing mass graves and streets and yards strewn with bodies in towns such as Bucha. Residents told of killings, burnings, rape, torture and dismemberment.

On the economic front, Ukraine shut down one of the pipelines that carry Russian gas across the country to homes and industries in Western Europe, marking the first time since the start of the war that Kyiv disrupted the flow westward of one of Moscow’s most lucrative exports.

But the immediate effect is likely to be limited, in part because Russia can divert the gas to another pipeline and because Europe relies on a variety of suppliers.

Meanwhile, a Kremlin-installed politician in the southern Kherson region, site of the first major Ukrainian city to fall in the war, said officials there want Russian President Vladimir Putin to make Kherson a “proper region” of Russia — that is, annex it.

That raised the possibility that the Kremlin would seek to break off another piece of Ukraine as it tries to salvage an invasion gone awry. Russia annexed Ukraine’s Crimean Peninsula, which borders the Kherson region, in 2014, a move denounced as illegal and rejected by most of the international community.

Kremlin spokesman Dmitry Peskov said it would be “up to the residents of the Kherson region after all to decide whether such an appeal should be made or not.” He said any move to annex territory would have to be closely evaluated by legal experts to make sure it is “absolutely legitimate, as it was with Crimea.”

Russia annexed Crimea after holding a referendum there over whether it wanted to become part of Russia.

Ukrainian presidential adviser Mykhailo Podolyak mocked the notion of Kherson’s annexation, tweeting: “The invaders may ask to join even Mars or Jupiter. The Ukrainian army will liberate Kherson, no matter what games with words they play.”

What Ukrainian Kids Are Drawing in One Zoom Art Class