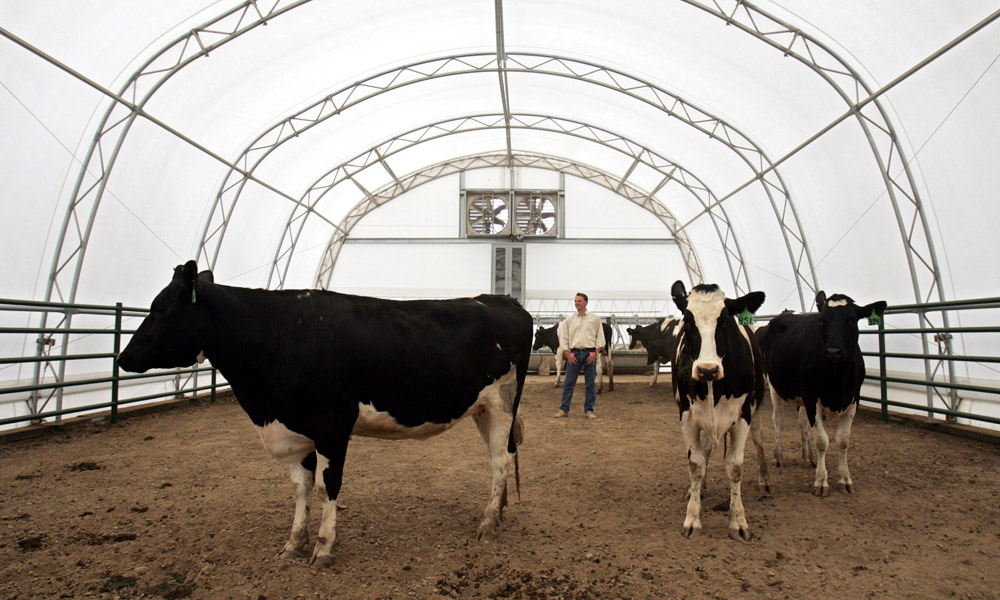 Student elections going on this week at the University of California, Davis, include a referendum to make the campus’s mascot a cow.

The aim of the so-called MOOvement is not to tamper with the Aggies name — that would remain — but to change the mascot from Gunrock the Mustang to a cow.

Organizers of the referendum argue that Davis needs “a unique identity … a mascot that can build community.” Many universities, they point out, have mustang mascots, and Davis students feel more affinity with the cows that live on and near the rural campus.

Gunrock, currently represented as a grinning blue horse, has its historical roots in an actual horse (but not a mustang) that was brought to the University of California’s Davis farm in the 1920s as part of a breeding program for the U.S. Army cavalry.

Mick Hashimoto, the undergraduate who is spearheading the referendum, told the California Aggie that Davis students voted in 1993 to change the mascot to a cow, but the administration rejected the decision.

He cited UC Santa Cruz’s banana slug and UC Irvine’s anteater as examples of mascots that embody the spirit of the individual campus.

For several years in the 1980s, Santa Cruz’s official mascot was the sea lion, but a student movement elevated the unofficial mascot — the banana slug — to that position. Irvine’s Peter the Anteater was chosen shortly after the campus’s establishment in 1965.

UC Santa Barbara has experienced rumblings for a new mascot in recent years, as some see their Gaucho as a racist caricature. A raccoon has been suggested as a replacement; so far, the Gaucho remains.

The voting in UC Davis’ Associated Students elections will run through Sunday, May 15.

Buffalo Shooter Will Be Prosecuted For ‘Hate Crime’ After Supermarket Rampage, Police Say