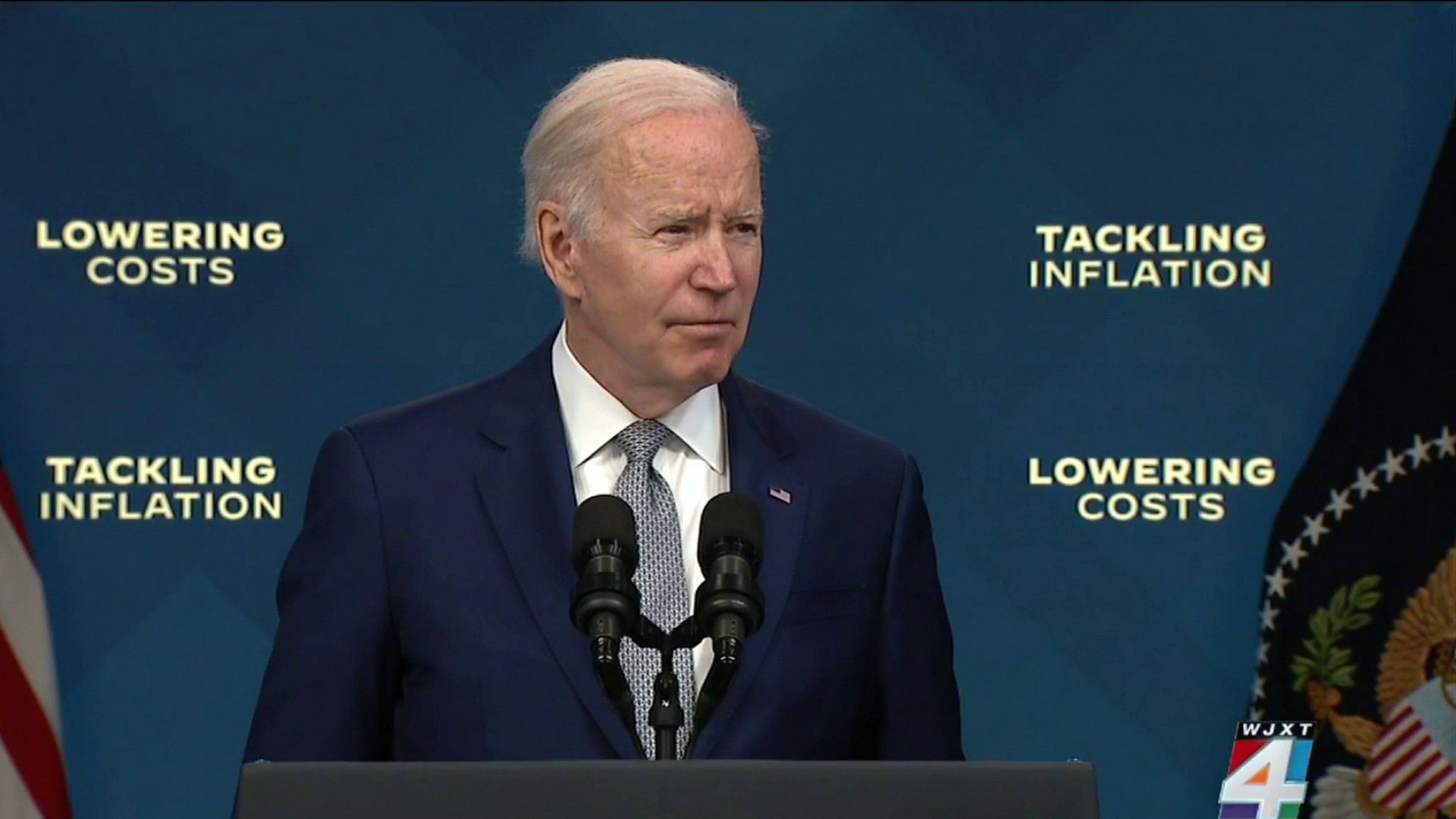 The News4JAX Trust Index team is fact checking a statement made by President Biden during his speech Tuesday at the White House. The President refused to take responsibility for rising inflation and instead blamed inflation on the pandemic, and the war and Ukraine. His critics say inflation is the result of too much money spent on COVID-19 recovery.

According to financial experts who have been watching the market closely, the reasons behind inflation is more complicated than that.

President Biden said it’s not his administration’s fault that the price of gas, food, energy, and homes are more expensive than ever before. Republicans however are placing the blame solely on Biden’s policies, and his $1.9 trillion coronavirus relief package he signed last spring.

President Biden’s American rescue plan sent direct payments of up to $1,400 to most Americans just last March. The bill also extended a $300 per week unemployment insurance boost — and expanded the child tax credit for a year.

Nearly $20 billion was spent on COVID-19 vaccinations and $25 billion went to rental and utility assistance.

“It created four times as many more dollars floating around the economy as there was before COVID,” Joe Krier, financial analyst, said. “And just by virtue of the fact that there’s more dollars bidding on the same number of goods, you’re gonna have the prices going up.”

Krier says the trillions of dollars America spent on COVID-19 relief DID INDEED play a huge role in the higher prices we are seeing today. But he also points out, that COVID relief wasn’t only Biden’s doing. President Trump signed the Cares Act into law in March of 2020.

The Cares Act resulted in direct payments of $1,200 to every American adult and also awarded each state $1.25 million in pandemic funding assistance.

“Can’t really blame Biden on that, because Trump was president when the stimulus money was put out there,” Krier said. “You know, everybody’s working together here. And the fact that they tried to blame each other for this is actually a little bit silly, because they did work together to do the best they could when we were in a time of crisis.”

Krier says President Putin’s invasion of Ukraine did lead to higher gas and food prices. But says the average American’s wage grew at the fastest pace in decades between 2021 and 2022, which also lead to more and more companies passing higher costs on to consumers.

President Biden’s statement that inflation is the result of two things, the COVID-19 pandemic and Russia Presidents invasion of Ukraine — we give this claim a “Be Careful”. The pandemic and the invasion were factors in rising inflation, but higher wages, surging demand and higher production costs also played a role.

TSA is expanding use of screeners to help at busy airports