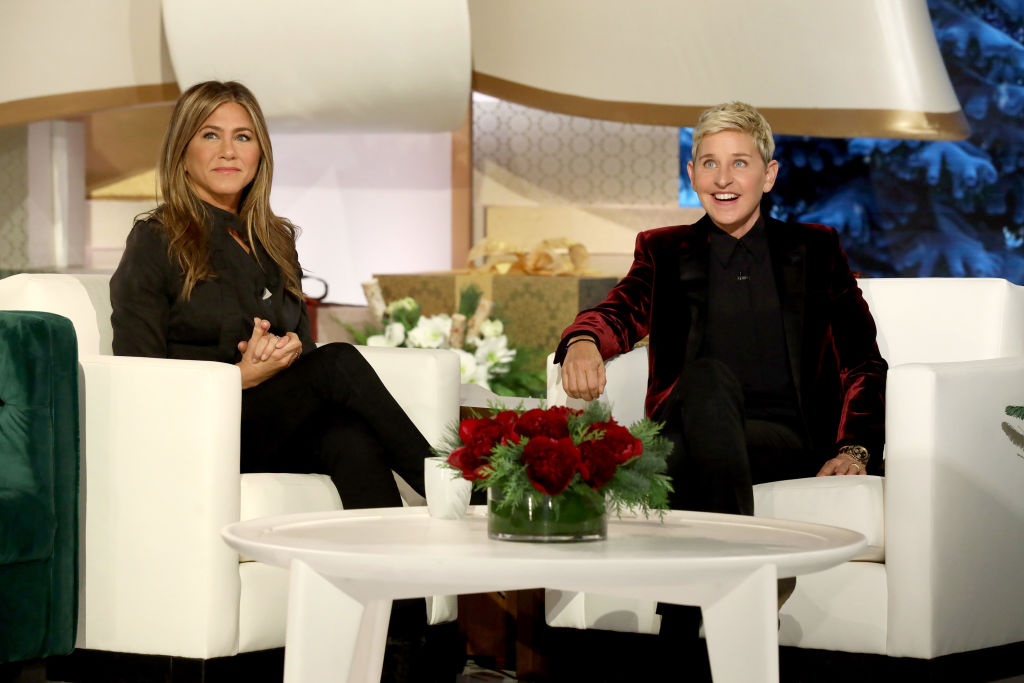 The special will mark Jennifer’s 20th time on the show (Picture: Getty)

Jennifer Aniston is set to return to the Ellen Show for one last time, after she was confirmed as the final guest.

The long-running daytime show is ending after a turbulent time amid the ‘toxic workplace’ scandal, however viewers will be able to enjoy the best parts as the series wraps for good.

Considering the Friends actress, 53, was Ellen’s first guest back back in 2003, the special will certainly be a full circle moment for the 64-year-old comedian.

Other A-listers scheduled to appear in the upcoming episode – which will air on May 26- include singers Billie Eilish and Pink.

The Finding Dory actress recently reflected on how much has changed around the world since The Ellen Show first aired 19 years ago, and thanked fans for their support.

She wrote on Instagram: ‘Today we taped the final episode of The Ellen Show which airs on May 26th.

‘We watched the world change, sometimes for the better, sometimes not. But whatever was happening, my goal was always for the show to be a place where we could all come together and laugh for an hour.

In July 2020, the chat show was hit with intense backlash as former employees voiced that the set was filled with racism, fear, and intimidation.

Despite the scrutiny that followed, Ellen vowed that the claims made in the summer didn’t contribute to her decision in ending the series.

‘It almost impacted the show. It was very hurtful to me,’ she said.

‘But if I was quitting the show because of that, I wouldn’t have come back this season. So, it’s not why I’m stopping.

‘But it was hard because I was sitting at home, it was summer, and I see a story that people have to chew gum before they talk to me and I’m like, “Okay, this is hilarious,” she added.

The Ellen Show airs weekdays at 2pm on ITV2 and the final episode airs on May 26.

Blokecore: The men’s fashion trend throwing it back to Britpop’s heyday

Has the pandemic broken the beauty industry?