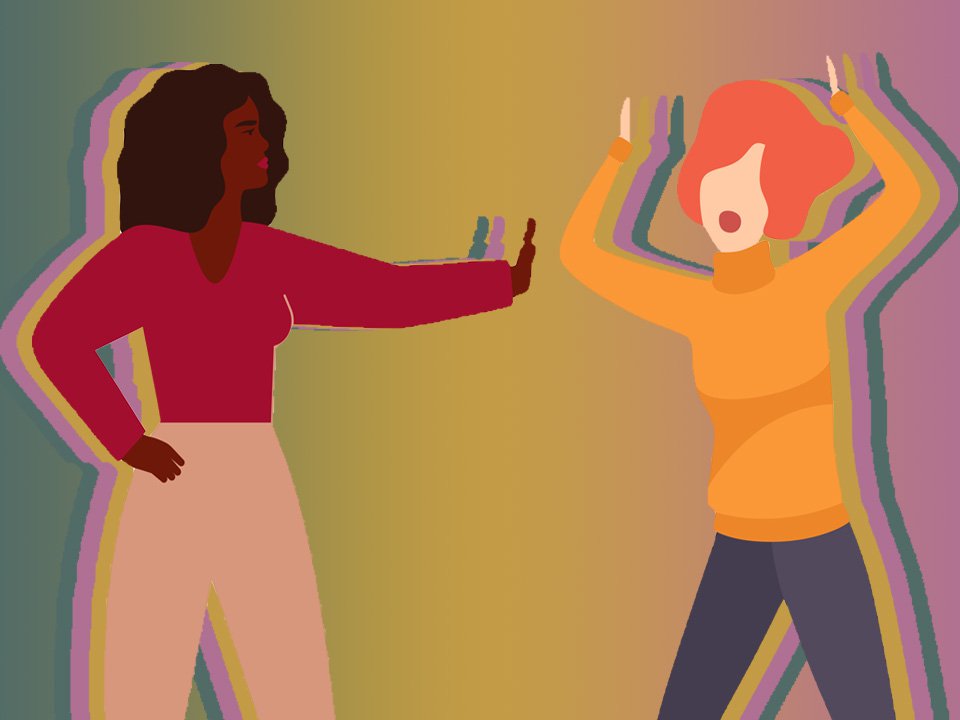 As we said our vows and kissed, I turned to the side and could see his sister staring at the wall with a face like thunder (Picture: Getty)

I started to worry about Annabelle*’s behaviour as soon as my boyfriend moved in with me after a year of dating.

His younger sister simply refused to talk to him as she worried he was making a mistake.

Annabelle had her doubts about us as we were from different cultures and I already had two children.

My boyfriend explained that Annabelle was the baby of the family and used to getting her own way, as well as being vocal with her opinions. Essentially, we had to just put up with her tantrum.

By the time we got engaged five years later, I had still not met his sister as I was repeatedly told she ‘wasn’t ready to meet me’. I hadn’t so much as spoken to this girl on the phone the entire time we were dating, despite the family living a 20 minute drive away.

This made me feel anxious with the wedding approaching and caused tension between me and my fiancé.

For his part, he didn’t seem too worried about Annabelle not wanting to meet me and would brush my concerns off, stating that she would come around eventually. I tried to put my worries aside and trusted my partner that he knew his family best.

My relationship with the rest of the family was cordial but contact before our engagement was very minimal; we had only met twice as they also struggled with the idea that my fiancé was marrying somebody from a different culture.

I was relieved to eventually be invited to a restaurant a few months before the wedding with his sister in attendance.

I was obviously nervous going in, but I was truly hopeful that if she saw how happy my fiancé and I were that she would warm to me and we could become friends as we were a similar age.

As I walked in, I smiled at her but I was met with a cold stare. I felt a sinking feeling in the pit of my stomach as she turned her head away from me.

I carefully sat down and said hello, but she refused to look up and say hello back. My cheeks flushed but I felt relieved nobody seemed to notice as they were busy greeting my fiancé.

After my partner was done catching up with his family, I tried to break the ice by telling Annabelle we had chosen our wedding cake. Instead she told me that it was ‘rather selfish’ that we hadn’t invited her along to choose the wedding cake with us and stormed off to the toilets, an incredible way for someone in their late 20s to behave.

My fiancé dropped his head and apologised. She came back after 10 minutes and didn’t utter a single word to us or say goodbye at the end of …read more