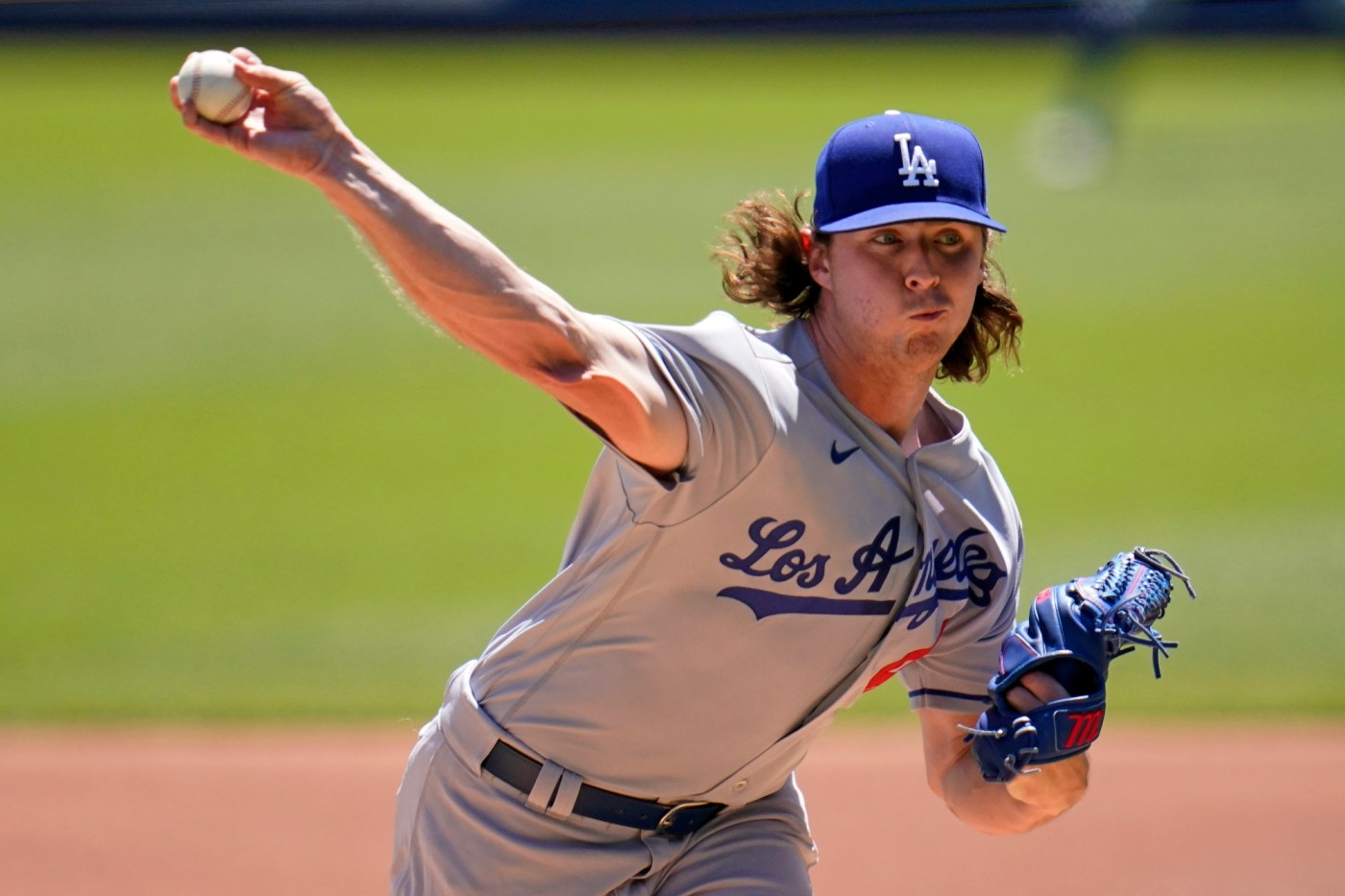 PITTSBURGH — The scouting report on Ryan Pepiot before he took the mound for his big-league debut Wednesday was a mixed bag – elite stuff (particularly a changeup that scouts rave about) but spotty command at times.

Pepiot lasted just three innings in his debut for the Dodgers, allowing only one hit and holding the Pirates scoreless. But the 24-year-old right-hander walked five, hit a batter and needed 77 pitches to navigate those three innings.

“I think that’s fair,” Dodgers manager Dave Roberts said after the game when he was reminded of the take on Pepiot. “The stuff is really good when he can stay in the strike zone. And it’s not wild. It’s just sometimes it gets scattered.”

Dodgers catcher Will Smith acknowledged that the scouting report was “a little bit” accurate.

“But he’s young. He’s obviously not fully polished,” Smith said. “He’s gonna have a long career. He’s going to clean that part of it up. I have no doubt about that.”

A native of Indianapolis, Pepiot said he had about 25 friends and family members on hand to watch the beginning of that big-league career.

“There were more people that came that I didn’t know were coming,” Pepiot said.

“It was very exciting. It was the first time I’ve been this close to home to play a game in a few years, so being able to have family in town and friends was very special.”

He gave them a thrill when he struck out the first big-league hitter he faced, Ben Gamel, finishing him off with a changeup. But he walked the next batter and gave up a two-out single. He loaded the bases in the second inning on two walks and the hit batter but struck out Bryan Reynolds with a 95 mph fastball to escape damage. Two more walks and a wild pitch had to be absorbed in the third inning.

Seven baserunners and 77 pitches in three innings made it a short debut.

“It was just nice to be able to trust myself,” he said. “Like ‘OK, I got myself into this situation. Get out of it without giving up the big three-run double or home run.’”

The Dodgers will need another spot starter on Tuesday in one game of their doubleheader against the Arizona Diamondbacks. Whether Pepiot gets to follow up on his debut that soon remains to be seen.

“Definitely a lot to learn from today,” Pepiot said. “Everybody in the dugout was very happy for me and just there trying to help me, like ‘We’ve been there. This has happened to us before.’ So I’m very thankful for that.”

Before losing the 2021 season to a shoulder injury and eventual surgery, Edwin Rios had been exceptionally productive despite sporadic playing time off the bench. In 123 at-bats spread over 2019 and 2020, he had 12 home runs, 25 RBIs and a .972 OPS.

Back from surgery and back on the Dodgers’ bench, Rios is at it again. He was 5 for 10 during the Dodgers’ series in Pittsburgh with his third home run of the …read more

Kings say they must play better to close out Edmonton