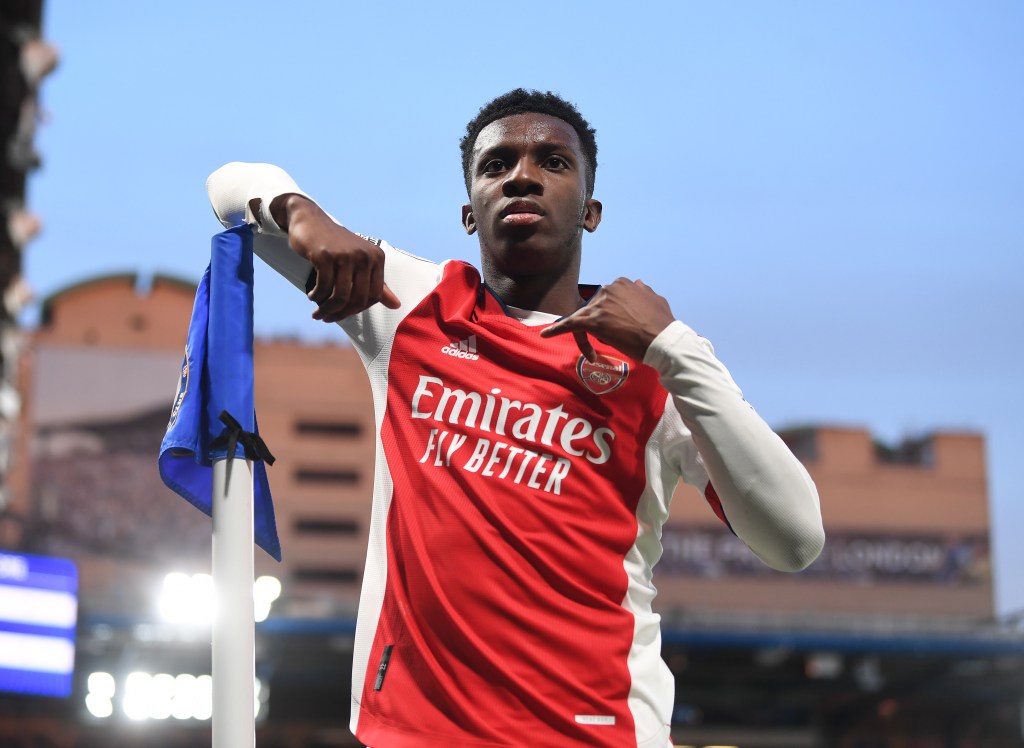 Arsenal legend Martin Keown believes his former side will seal Champions League qualification with a 2-1 win against Tottenham on Thursday, with Eddie Nketiah scoring the winner.

The Gunners have a four-point lead over Spurs going into the north London derby and they can finish in the top four with a win against their arch rivals.

A win for Spurs would pile the pressure on Mikel Arteta’s side, who face tricky clashes against Newcastle and Everton in their final two fixtures after the derby.

But Keown believes his former side will come out on top and that Nketiah will score the winner in a 2-1 win.

‘Tottenham are dangerous and have become so much more difficult to beat under Conte,’ Keown told the Mail.

‘Their front three is different class, and I’ve been immensely impressed by their new signings, Kulusevski and Rodrigo Bentancur.

‘But I believe this will finish 2-1 to Arsenal, with the confident Nketiah bagging the winner.’

Nketiah has become a starter in recent weeks following injury to Alexandre Lacazette.

The forward has taken his opportunity, scoring four goals in his last six starts.

The 22-year-old is out of contract at the end of the season but Arteta wants to keep the striker.