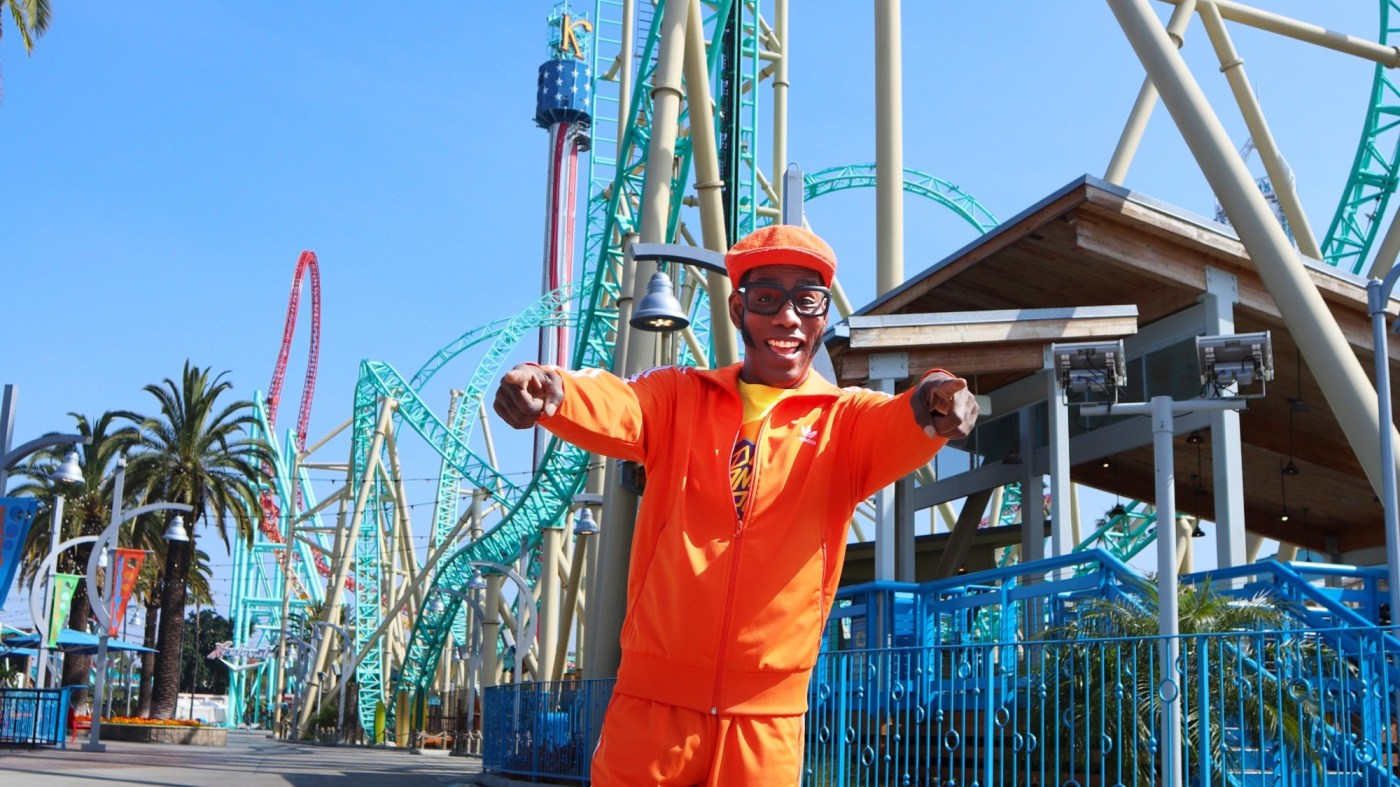 A pair of stage shows filled with the energy and quirkiness of Nick Jr.’s “Yo Gabba Gabba” will have kids and their parents dancing in the aisles to funky DJ beats this summer at Knott’s Berry Farm.

“Yo Gabba Gabba” star DJ Lance Rock will host two kids shows on select dates from May 21 through Sept. 5 in the Walter Knott Theater at the Buena Park theme park.

Sign up for our Park Life newsletter and find out what’s new and interesting every week at Southern California’s theme parks. Subscribe here.

The new Knott’s shows will star Los Angeles-based musician, DJ and actor Lance Robertson — better known as DJ Lance Rock, who hosted “Yo Gabba Gabba” on Nickelodeon from 2007 to 2015.

“Let’s Play” takes place inside DJ Lance Rock’s apartment as he dreams up a fun-filled imaginative world on a rainy day. “Everybody Dance” finds DJ Lance Rock singing and dancing his way through his neighborhood while encouraging the audience to stay active during the interactive show.

The hippest little kid show on TV was also a hit with parents thanks to guest appearances by rock bands like The Flaming Lips, The Killers, Jimmy Eat World, My Chemical Romance, Weezer and Devo and guest stars like Jack Black, Andy Samberg, Sarah Silverman, Jason Bateman and Tony Hawk.

Series creators Christian Jacobs and Scott Schultz are Orange County dads who both have a connection to Huntington Beach-based super hero rock band The Aquabats.

Apple TV+ plans 20 new episodes of “Yo Gabba Gabba” based on the former Nickelodeon show to accompany the 66-episode library of the original Nick Jr. series available on the streaming service.

A Taxonomy of TV and Film’s Many, Many ‘Wives’

San Jose: Authorities identify man killed in a crash after fleeing from deputies in stolen car