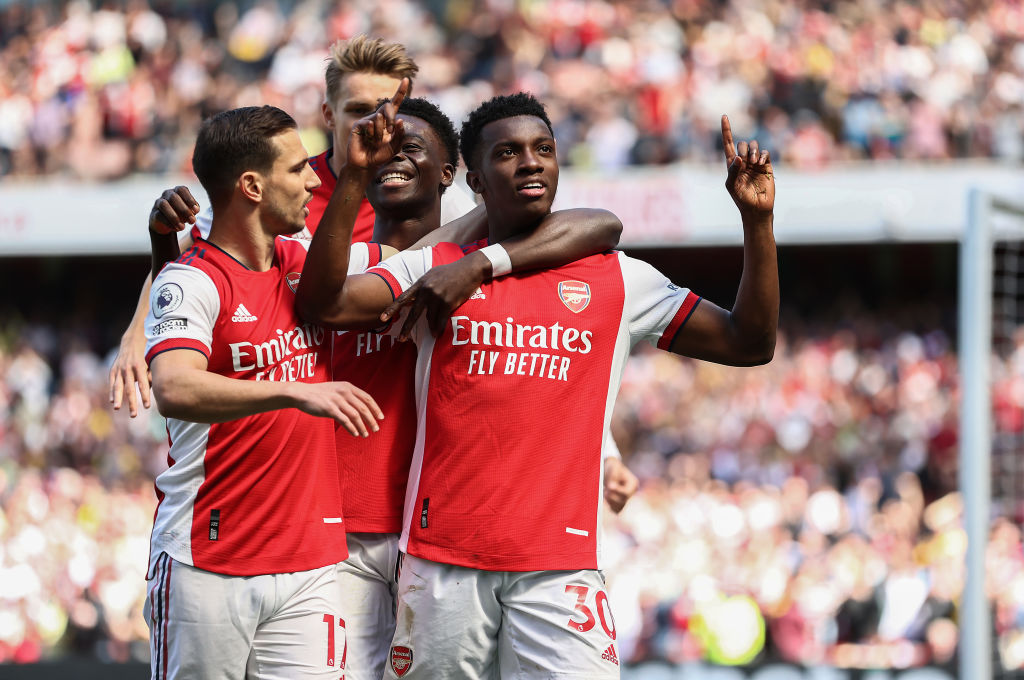 Arsenal are aiming to qualify for the Champions League for the first time in six years (Picture: Getty)

Alan Smith believes qualifying for the Champions League next season would be ‘huge’ for Arsenal’s summer transfer plans.

After an impressive season, the Gunners currently sit fourth in the Premier League – four points above of Tottenham – and are looking to qualify for Europe’s top competition for the first time in six years.

However, Mikel Arteta’s team face their north London rivals in the league on Thursday where a Spurs victory at the Tottenham Hotspur Stadium would reduce the gap to just one point.

Former Arsenal striker Smith thinks his old side must pip Tottenham to the top-four in order to secure their transfer targets this summer.

Speaking to Sky Sports, he said: ‘It’s huge. The Champions League means so much these days.

‘However, they do need to strengthen that squad and strengthen the numbers because it is a small squad and once two or three players get injured, you are dicing a bit with the quality you have to field.

‘They need to strengthen, but first things first, they have got to try and secure that Champions League spot, and from there we will see what happens.’

The Gunners’ threadbare squad has been exposed in recent weeks as Arteta has been reliant on Eddie Nketiah and Mohamed Elneny, two players who looked set to leave the club with their contracts running out.

Meanwhile, Pierre-Emerick Aubameyang’s departure to Barcelona in January and Alexandre Lacazette’s impending exit has left Arsenal with a striker shortage.

The north Londoners have been linked with moves for Manchester City forward Gabriel Jesus and Wolves midfielder Ruben Neves ahead of the summer transfer window.

However, with both players reported to desire Champions League football, Arsenal’s end to the season could prove crucial in their signings.

Back in 2020, Arteta won the FA Cup with Arsenal but playing with Europe’s elite again would move his tenure at the club to the next level.

Speaking earlier this season, the Spaniard described qualifying for the Champions League as a ‘gamechanger’.

For more stories like this, check our sport …read more

Dame Deborah James ‘gutted’ she will not see new book published: ‘It is still long after I’m flying high’

Dear Abby: I get jealous when my popular sister hangs out with my best friend