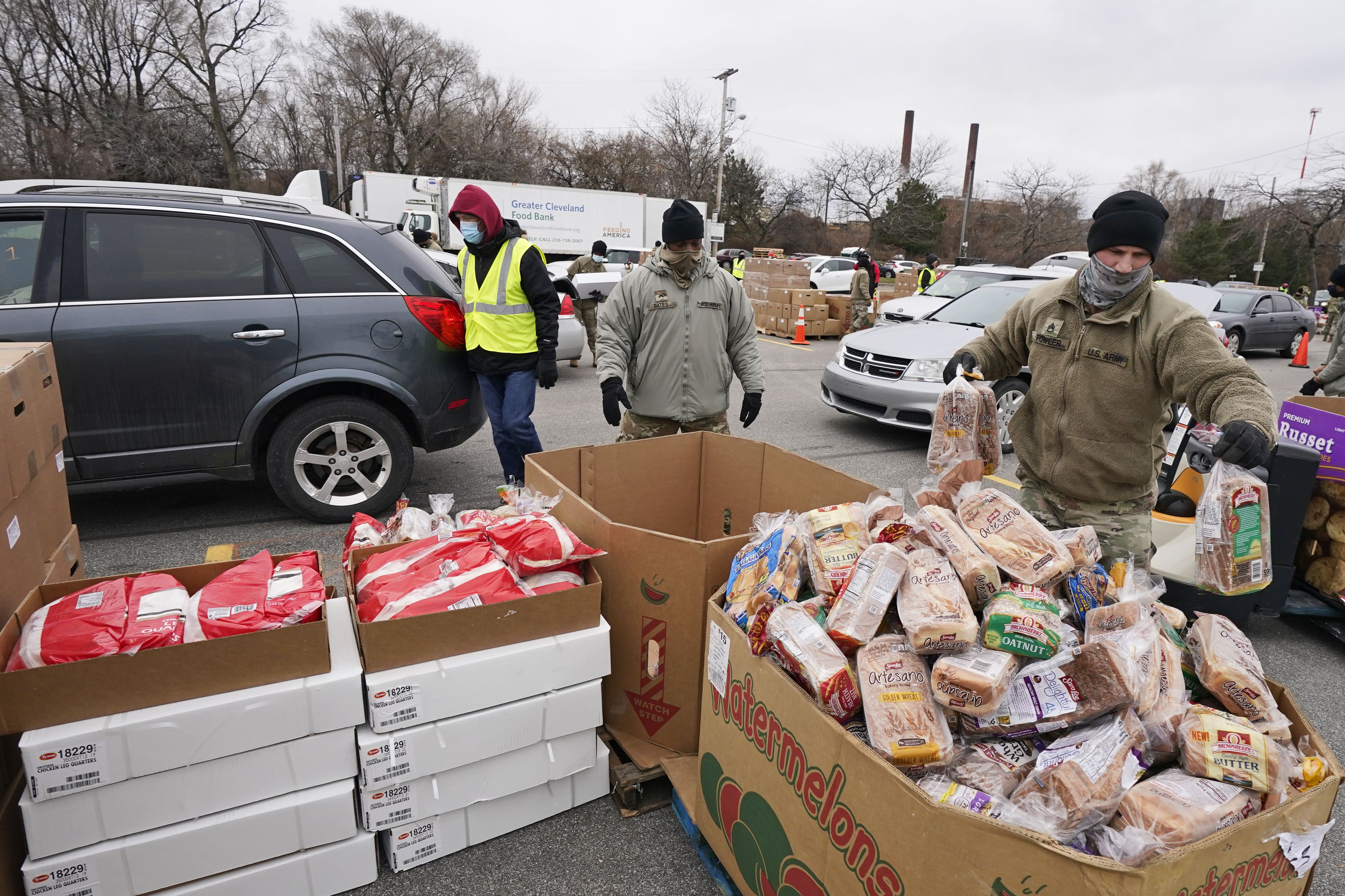 Kendall Nunamaker and her family of five in Kennewick, Washington, faced impossible math this month: How to pay for gas, groceries and the mortgage with inflation driving up prices?

Like many other working families, the Nunamakers are grappling with the 8.3% inflation in the consumer price index in April announced Wednesday — slowing slightly from the March figure which was the largest year-over-year increase since 1981, according to the Labor Department. The national average gas price reached a record high Wednesday of $4.40 a gallon. And global food prices are climbing after shortages caused by Russia’s war against Ukraine and other supply chain problems.

Food banks across America say those economic conditions are intensifying demand for their support at a time when their labor and distribution costs are climbing and donations are slowing. The problem has grown to the point where last week President Joe Biden called for a Conference on Hunger, Nutrition and Health in September, the first since 1969.

For many families like the Nunamakers, food insecurity became a painful surprise.

“There’s no reason us as a couple and a family should be struggling so hard,” Nunamaker said. “We make decent money.”

She works three days a week at a home décor store for $15.25 an hour; her husband works a full-time union job as a paratransit driver at $27 an hour. Though they receive some money from a state nutrition program for young children that their two youngest qualify for, they still spent $360 on groceries last week.

Because of inflated prices, those groceries didn’t go far enough to feed everyone. And the family still lacked money to pay other household bills, leaving Nunamaker wondering how she would stretch their next paychecks to cover those bills and their mortgage this month.

In the past, to bridge the gap, the family sold off possessions like VR headsets and firearms.

“At some point,” Nunamaker said, “we’re not going to have anything because we would have sold everything.”

So Nunamaker and her husband visited two local food banks for the first time last week.

The pandemic forced roughly 60 million Americans to seek help for food insecurity, according to Feeding America. At the end of 2021, as hiring boomed, demand for food banks returned to regular levels. But the relief was short-lived.

“In the last few months, with this increase in inflationary pressures, we’re seeing 95% of our 200 member food banks saying that they have seen either leveling or an increase in need,” said Claire Babineaux-Fontenot, CEO of Feeding America.

In the area along the Columbia River where Nunamaker lives, the number of clients seeking food aid at a church pantry jumped 40% between December and March, according to Eric Williams, director of community partnerships at Second Harvest, an organization that works to supply local pantries with food.

He called his organization must make more happen with less because its suppliers are subject to the same cost increases. The price that Second Harvest pays for obtaining donated produce has risen …read more