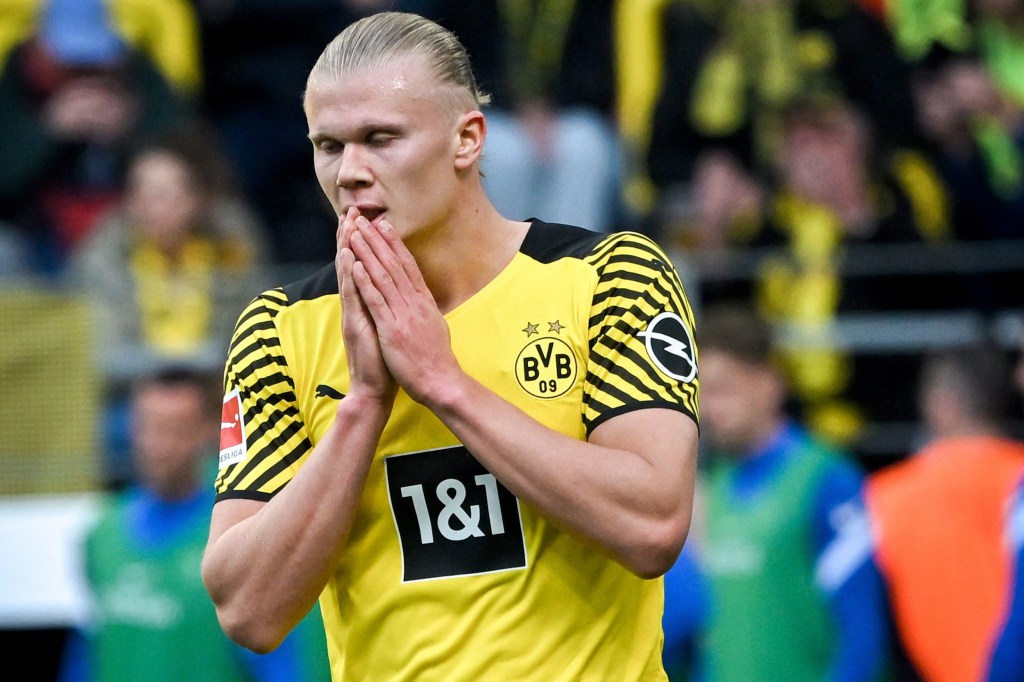 Former Liverpool midfielder Dietmar Hamann says he is concerned by Erling Haaland’s injury record ahead of his move to Manchester City.

Pep Guardiola’s side have confirmed that they are triggering the €60 million (£51.5m) release clause in the Borussia Dortmund striker’s contract, while the 21-year-old has agreed a five-year deal worth around £400,000 a week.

Haaland has established himself as one of Europe’s leading strikers since his move to Dortmund in December 2019, with 85 goals in 88 appearances for the Bundesliga club.

During his time in Germany, Haaland has struggled with hip and muscular injuries and Hamann believes it should be enough to cause concern for City.

‘Obviously this is the next step. It was all planned to go to Austria to play there for a year and a half, play in the Bundesliga and now he has to cut it in the Premier League. I have no doubt he will.

Erling Haaland is heading to Manchester City in a £51.5m deal (EPA)

‘The only worry I would have about him is that he has had quite a few muscle injuries over the last 12 months and missed a lot of football.

‘That’s one thing they have to be wary of.

‘I’m not sure if he can get any faster because he’s lightning quick already.

‘The thing with him is he will also give 100 per cent on the pitch. Sometimes he has to channel himself because he’s been out for a few weeks, plays the first game and was then chasing the goalkeeper from the halfway line and broke down again.

‘He’s still learning with his body as to whether he can get fitter and stronger. He probably can get stronger, but I’m not sure he can get much quicker as he’s lightning quick.

‘It is terrifying because he has so much power, when he opens his legs he’s hard to stop. He’s a great finisher for his height and physique.

‘He’s got a great left foot on him, he finishes alright with his right as well. If there’s one weakness, I don’t really want to call it a weakness, but it is his heading.

‘But he doesn’t need to head that often because he scores with his feet.’

17-year-old charged in fatal shooting at ‘The Bean’

Weekend Hot Topic: The most overrated video game ever