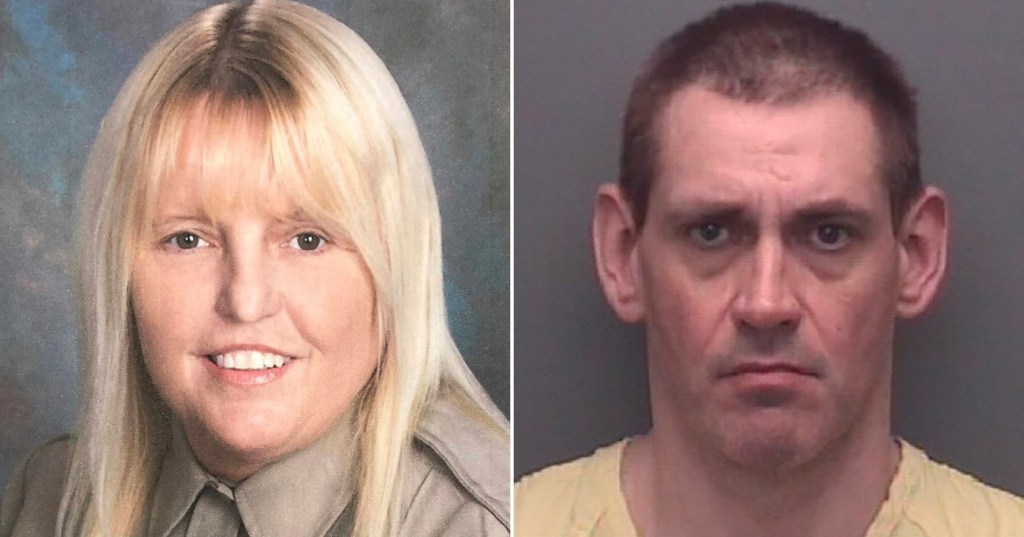 Vicky White, the former Alabama corrections officer accused of helping murder suspect Casey White escape from prison, died from a self-inflicted gunshot wound to the head, according to an Indiana coroner’s office.

‘The manner of death has been ruled a suicide,’ the coroner’s officer said in a statement Tuesday night.

Vicky and Casey White, who are not related, were captured by police about 270 miles away in Indiana on Monday following a national manhunt that ended in a car crash.

The Vanderburgh County Sheriff’s Office had previously stated they believed Vicky White had shot herself after a police chase ended in a car wreck. Following an investigation and initial autopsy, officials confirmed their suspicions.

As police closed in on the couple, a cop car rammed into their vehicle, tipping it over onto its side and into a ditch. If the car hadn’t crashed, escaped inmate Casey White had planned to open fire at police officers, Vanderburgh County Sheriff David Wedding said Tuesday.

The couple were arrested and taken to the hospital to be treated for injuries. Casey White, 36, was released Tuesday morning, and later in the day waived his extradition hearing, telling officials: ‘I want to go back to Alabama.’

Vicky White, 56, died Monday at the hospital from the injuries sustained from the gunshot wound.

At the time of the crash, Vicky White had called 911 and told the dispatcher she had a gun to her head with her finger on the trigger.

When officers apprehended the couple, Casey White gave himself up without incident, but told officers: ‘Please help my wife. She just shot herself in the head, and I didn’t do it.’

According to the sheriff, the couple was not married.

The two, who met at least two years ago, fled Lauderdale County jail on April 29, after Vicky White told staff she was taking Casey White to a courthouse appointment. At the time, Vicky White was a corrections officer with the sheriff’s office. Her employment was terminated after officials realized there was no appointment on the schedule, and that she had run off with the accused murderer.

Investigators say the two shared a ‘special relationship,’ and frequently spoke over the phone for the two years before they ran off together.

Casey White had been held in Lauderdale County jail awaiting the trial for capital murder charges he faces stemming from a 2020 stabbing. He was also serving a 75-year sentence for a series of violent crimes he committed in 2015, which included attempting to kill an ex-girlfriend.

Authorities took him back to Alabama early Wednesday morning.