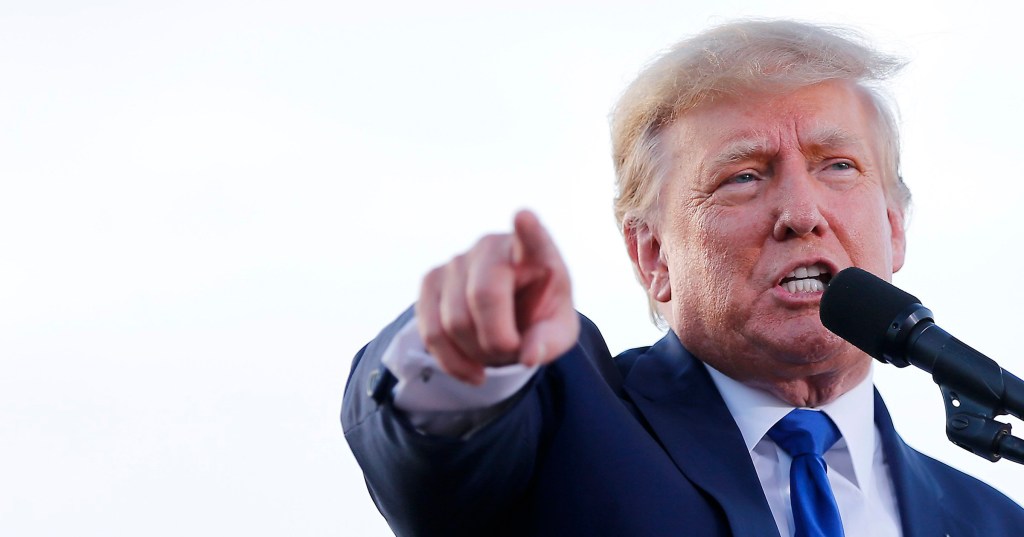 A New York judge has ordered ex-President Donald Trump to pay a $110,000 fine and meet other conditions (Picture: AP)

A New York judge has lifted the civil contempt finding against former President Donald Trump – if he pays $110,000 in fines.

Judge Arthur Engoron on Wednesday said that paying the fine and other conditions must be met by May 20.

Engoron agreed to have Trump put the fine amount in an escrow account until his appeal of the contempt finding is finalized.

The judge’s other conditions include reviewing the last five of 17 boxes linked to Trump in an off-site storage facility, and turning in a description of the Trump Organization’s document retention and destruction policy.

Failure to comply would result in reinstating the contempt charge, the judge said.