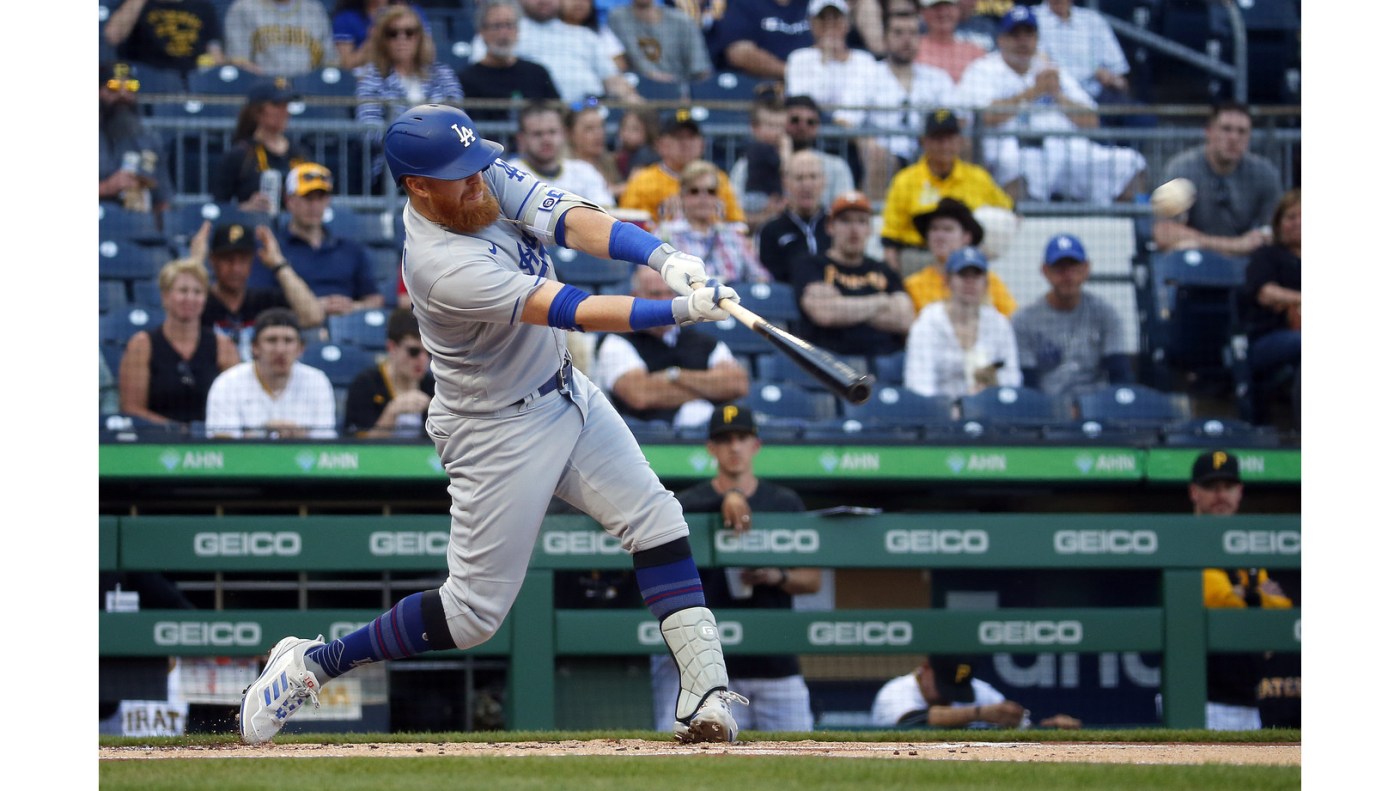 PITTSBURGH — The Dodgers are the only team averaging five runs per game in baseball’s suppressed offensive environment – 5.21 after Tuesday’s 11-1 rout of the Pittsburgh Pirates – and have scored 50 while winning seven of their past eight games.

And they’re doing this with one arm tied behind their backs?

“It’s pretty amazing,” Freddie Freeman said during the weekend in Chicago, the latest Dodger to point out how their lineup has yet to hit on all cylinders. “Twenty-six games in, that we’re not completely clicking and we’re 19-7.”

Update the record to 20-8 after one of those players who has not been clicking, Justin Turner, led the extra-base buffet against the Pirates by driving in four runs with three doubles.

The parade of extra-base hits began in the first inning when Freeman, Trea Turner and Justin Turner each doubled, producing two runs. The five-run third inning featured three more doubles. Justin Turner and Austin Barnes each drove in two runs with theirs. Another run scored on an RBI single by Edwin Rios.

It was the sixth time already this season that the Dodgers have scored five or more runs in a single inning.

The Dodgers added some diversity in the four-run seventh, adding a triple by Max Muncy (when Pirates center fielder Bryan Reynolds came up empty on a diving attempt) and a towering two-run home run by Rios.

Dodgers could lose Blake Treinen, Victor Gonzalez for much of the season

It was the 17th time the Dodgers have scored three or more runs in an inning this season.

Justin Turner had four of the Dodgers’ 15 hits in the game, giving his batting average a fat early-season bump from .168 when the night started to .200 when it ended.

One facet of the team that has definitely been clicking – the pitching – had another outstanding night, holding the Pirates to four hits.

Tony Gonsolin went the first five innings, holding the Pirates scoreless on one hit. He survived some early trouble (mostly created by his four walks in the first three innings) with the help of Mookie Betts – the only player in the …read more

Stock Market: Suez Canal Update! Floating!
Dear Abby: She shoplifts and doesn’t tip. Am I wrong to ditch her?