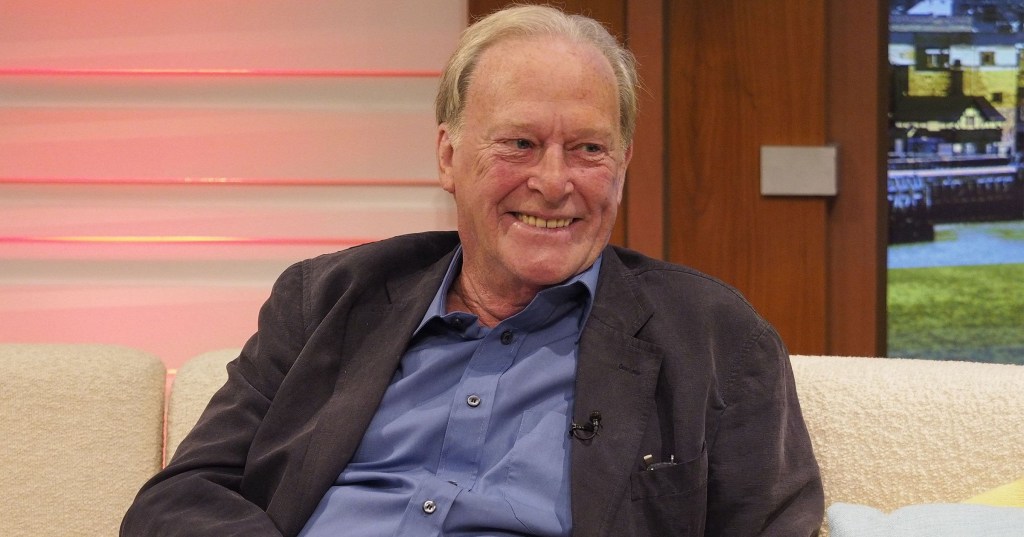 Dennis Waterman died at the age of 74 this week (Picture: REX)

The actor, who starred in shows including The Sweeney, Minder, and New Tricks, died at the age of 74 this week.

‘I’m terribly sad that he’s gone but I’m really pleased that he did not suffer and died peacefully,’ Patricia said.

She added to MailOnline: ‘He had lung cancer and was really quite poorly for the last couple of years. The girls are very upset.’

Dennis was survived by his wife Pam, who was by his side when he died, and daughters, EastEnders actress Hannah (who played Laura Beale) and Julia.

Waterman died on Sunday, with a statement announcing his death reading: ‘We are deeply saddened to announce that our beloved Dennis passed away very peacefully in hospital in Spain, on Sunday afternoon, with Pam by his side.

‘The family kindly ask that our privacy is respected at this very difficult time.’

Waterman, who had varied roles in comedy, drama, and horror, found fame as a teenager in BBC drama William and became well known for his role as tough-nut cop, Detective Sergeant George Carter, opposite John Thaw in ITV’s police drama The Sweeney.

He went on to star as bodyguard Terry McCann in Minder, and landed a long-running role as Gerry Standing in New Tricks from 2003 to 2015.

Waterman also starred in ITV’s Where The Heart Is, The Canterbury Tales and Moses Jones.

Waterman was survived by his daughters, including EastEnders actress Hannah (Picture: Getty Images)

The star was also known for singing the iconic theme tunes for New Tricks and Minder.

He was also an accomplished actor in the film world, starring in 29 films, most recently in 2020.

Tributes have poured in, with Matt Lucas saying: ‘I grew up watching Dennis Waterman’s iconic performances in The Sweeney and Minder.

‘His guest appearance in our Little Britain Live show at Hammersmith Apollo – in which he hilariously duetted with David’s absurd impersonation of him – remains the absolute highlight of my career.’

Paddy McGuinness added: ‘Myself and my Phoenix Nights cast mates used to sing the theme tune to Minder on tour and on the Karaoke! Gutted I never got to meet him, always wanted to be Terry McCann. Another icon from my childhood gone. RIP Dennis Waterman.’

If you or someone you care …read more