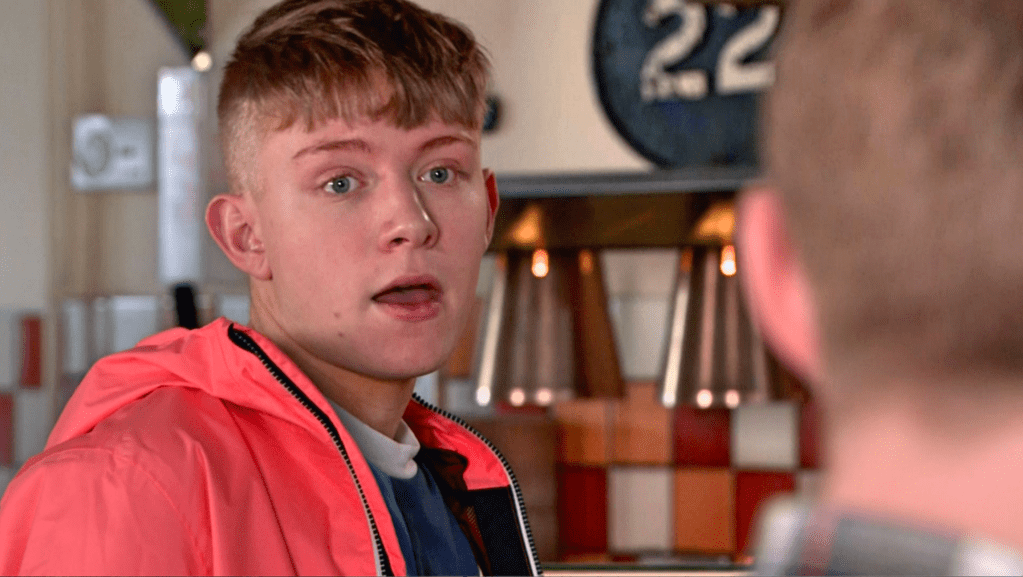 Max is given an update (Picture: ITV)

After keeping it a secret, Max told Amy everything during a conversation about women’s safety.

Max – as arrogant as ever – thought he wouldn’t face any police trouble, but the smug smile was wiped from his face when they showed up at his door.

With the weight of the world on his shoulders, Max attempted to run away from Weatherfield, but ended up in hospital after severely injuring his leg.

As a new week begins, Max is out of hospital and faces huge news from David (Jack P Shepherd) and Shona (Julia Goulding), who tell him that he will be attending a Pupil Referral Unit (PRU) for a year.

The next day, as Daniel (Rob Mallard) continues to face his family’s wrath after keeping the spiking a secret, Max returns from PRU – but how did his day go?

If Max isn’t happy at his new school, will this be the catalyst that finally makes him change his ways?

Danny Miller urges fans not to sneak videos of him in new Instagram video: ‘Just ask’