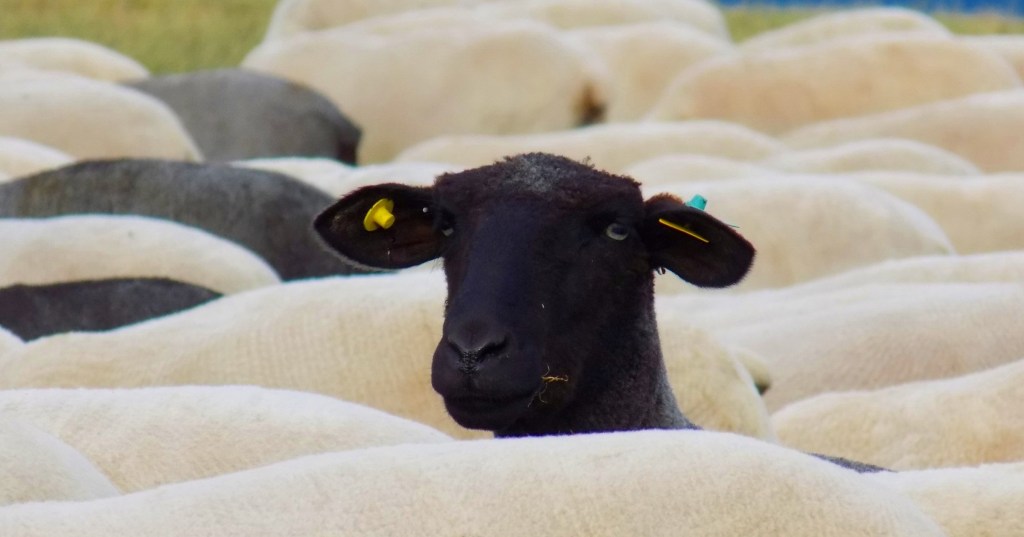 The classic Baa, Baa, Black Sheep has been rewritten for the modern age (Picture:Getty)

Teachers and parents are being urged to show their children vegan-friendly versions of classic nursery rhymes.

Animal rights group Peta fear the traditional versions promote unfair attitudes that are not suitable for the modern age.

The activists published their five new takes online, including a rendition of Baa, Baa, Black Sheep, who says it’s ‘not cool’ after being asked the famous line: ‘Can I have your wool?

The famous Three Blind Mice do not have their tails carved off by the farmer’s wife in the updated version, but actually thank her for saving their lives.

A Peta spokesperson said: ‘Animals are intelligent individuals capable of joy and suffering.

‘They’re not ours to exploit, and our language must evolve to reflect this.

The new rendition of Baa, Baa, Black Sheep has a sheep who keeps all his wool (Picture: Peta)

‘As parents, we know kids are like sponges, soaking up everything they see and hear.

‘While things may have been different long ago, we now know that sheep used for wool are bred to grow much more wool than they ever would naturally and are abused and even killed during shearing.

‘Sheep need their wool – it’s not ours to take, and a nursery rhyme like “Baa, Baa, Black Sheep” should be updated to reflect that.’

The brow-beaten black sheep has been caught up in controversy over suggestions the rhyme is racist.

But academics have since acknowledged it is unlikely the fable has any links to slavery or historic racism.

What are the other vegan-friendly nursery rhymes?

Eurovision 2022: Ukraine’s commentator breaks down in tears and vows ‘we will win the war’ after Kalush Orchestra’s victory