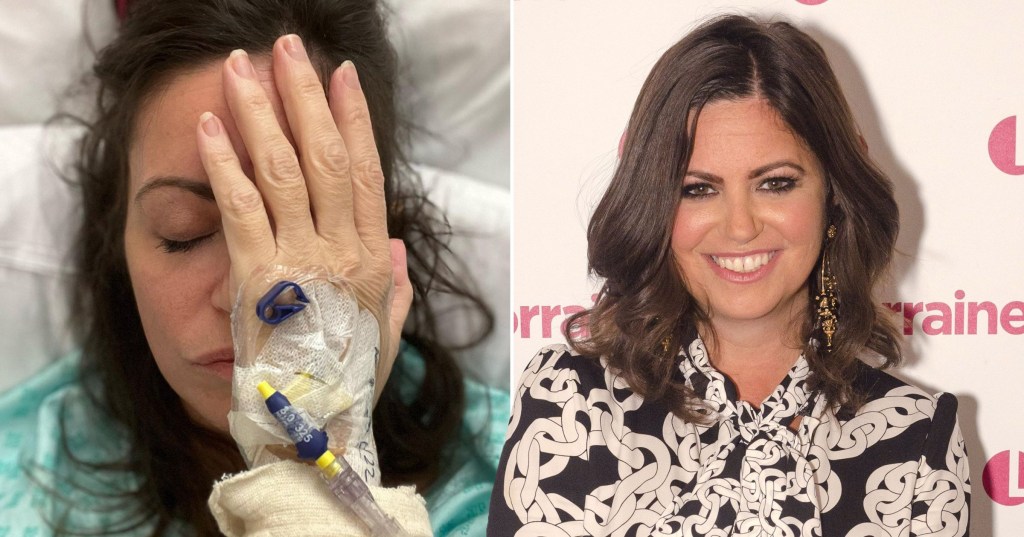 Deborah James has shared that she has been moved to hospice at home care to treat her terminal cancer.

The You, Me And The Big C presenter revealed the devastating news in an Instagram post, saying that although she has ‘tried everything’ her ‘body simply isn’t playing ball’.

Deborah added that the last six months have been ‘heartbreaking’ to go through, but she has been surrounded by ‘so much love’ and has ‘no regrets’.

The host is now with her family and focusing on making sure she’s not in pain and spending time with them.

When was Deborah James diagnosed with bowl cancer?

Podcaster Deborah James was diagnosed with terminal bowel cancer in 2016.

‘I was blind-sided at 7pm on Thursday 15 December 2016, when having refused the sedative and having researched what cancerous tumours would appear like in a colonoscopy (total hypochondriac geek alert!), I stared my ugly 5.5cm cancerous, ulcerated stage 3 tumour in the face and everything went silent,’ she wrote.

‘There is a sense of disbelief that happens when you are told you “might” have cancer,’ Deborah continued for Bowel Cancer UK.

‘A feeling that this is happening to someone else – not you. I mean “you” were out parting two days ago, ran five miles yesterday, have a school to lead, have Christmas presents to buy – you don’t have time for cancer! It wasn’t in the plan!’

Since her diagnosis, she has kept her Instagram followers up to date with her treatments, with candid posts about her progress.

On December 14, 2021, she marked five years since her diagnosis, writing on Instagram: ‘I’m fully aware I shouldn’t be alive to write this today.’

Deborah appeared on Lorraine two weeks ago where she opened up about living with stage four bowel cancer.

Deborah was first diagnosed with bowel cancer in 2016 (Picture: @bowelbabe)

After sharing that she was feeling ‘fragile’, she went on to add: ‘I’m wearing makeup and I’ve brushed my hair, which in a weird way is progress, to be honest with you. Three weeks ago, I couldn’t get myself out of bed to go to the toilet, I couldn’t stand up.’

Deborah also shared that she nearly died ‘a couple of times this year’.

‘If I’m being honest, I don’t really know how I’m alive,’ she said. ‘This year has been really crazy. I’ve spent about 80 percent of this year in hospital in some capacity.

‘In January, I had a very scary experience where I had a varicose bleed. I thought that was it.’

At the time of writing, the presenter has 441,000 followers. She has regularly shared updates of her cancer journey.