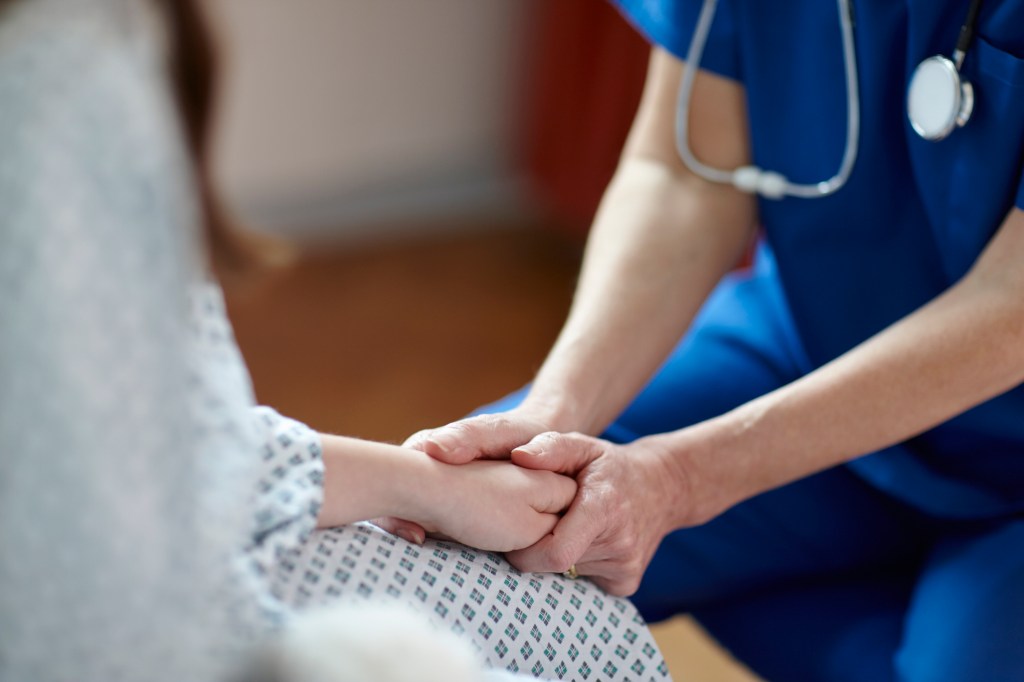 It’s among the most common cancer types diagnosed in the UK (Picture: Getty Images/Image Source)

Broadcaster and You, Me And The Big C co-host Deborah James has shared the tragic news that she’s now in hospice care.

She wrote on Monday: ‘Nobody knows how long I’ve got left but I’m not able to walk, I’m sleeping most of the days, and most things I took for granted are pipe dreams.

‘I know we have left no stone unturned. But even with all the innovative cancer drugs in the world or some magic new breakthrough, my body just can’t continue anymore.’

After being diagnosed with bowel cancer in 2016, Deborah spent the next five years raising awareness and funds to help develop treatments for the condition, and urging people to keep a closer eye on their bodies.

With bowel cancer bring among the most common cancer types diagnosed in the UK, according to the NHS, it’s absolutely worth knowing the symptoms.

What are the main symptoms and signs of bowel cancer?

The three chief symptoms of bowel cancer are:

Blood in your poo that’s happening persistently and for no obvious reason. Alternatively, it can be associated with a change in your bowel habits.
A persistent change in your bowel habits. As mentioned above, this usually describes having to defecate more, and your poo may also become runnier.
Persistent lower stomach pain, bloating or discomfort. This will always be caused by eating and could also go hand in hand with a loss of appetite or noticeable unintentional weight loss.

However, the NHS website stresses that the majority of people with these symptoms do not have bowel cancer.

For example, having blood in your poo can also be the result of piles, and abdominal pain can simply be caused by something you ate.

https://www.instagram.com/p/CdWDrzYo3XM/
What to do if you notice any symptoms?

With most of those diagnosed with bowel cancer being over the age of 60, we need to take the above symptoms increasingly seriously as we get older.

We also need to pay attention to whether or not they persist despite attempts at treatment.

You should see a GP if you have these symptoms for three weeks or more, or keep coming back after you stop treatment – no matter how old you are or how severe the symptoms are.

What is social prescribing?

From drills to saws, your guide to the best DIY house tools in 2022

In her heartbreaking update on Instagram, Deborah revealed she had set up a Bowelbabe Fund, which has since gone on to raise over £1,000,000.

She reacted to the huge amount of donations after they had surpassed £600,000 by saying: ‘I’m utterly blown away by your generosity over the last 12 hours!

‘To think you have raised over £600k for vital research is just filling me with so much love. You are the kindest people. Thank you.’

If you or …read more

Joe Alwyn drip-feeds us another morsel on Taylor Swift relationship: ‘Our choice is to be private’

‘Nothing compares to my work with Women’s Aid’: How Mel B turned from Spice Girl to domestic abuse advocate